Justin Bieber Horrified after Singing Legend Paul McCartney Refuses to Work with Him! 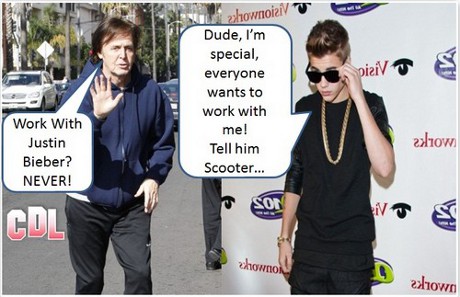 Justin Bieber thinks he’s the classiest of all acts, and he can’t understand why anyone would refuse to work with him; after all, he is one of the most popular celebs in the world. Just imagine the horror sweeping across Justin Bieber’s face when he was turned down by The Beatle’s singer Paul McCartney, who nixed the duet offer almost as fast as they presented it to him.

According to the Globe, “Paul feared it would tarnish his stellar reputation.  He turned Justin down flat!” Allegedly, Paul didn’t hesitate one bit before making the decision. While a performance with The Beebz can make virtually any star popular and relevant, Paul McCartney — to put it lightly — isn’t really in the need to gain popularity and/or relevance. He’s one of singing’s greats, so I think he’s fine in the credibility department.

I don’t know the true nature of the conversation, or even if the conversation was real, but if Paul (we are on a first name basis) really did turn Justin down in such a harsh fashion . . . well, I think that’s kind of rude! Don’t you? Justin Bieber is like a delicate flower that must be treated with great care so as not to get his feelings hurt or allow that Beiber hair to wilt.

So, McCartney thinks Bieber is simply a flash in the pan and doesn’t want anything to do with the little diva. So how did Justin respond? What is he going to do now to try and prove his worth to the legend? Simple. He’s going to get down with artists who write deeper and darker songs, ones that really tug at the heartstrings *ugh* to prove his worth. He intends to “hook up with people who write darker, edgier songs hoping one of the tunes will capture Paul’s attention.” 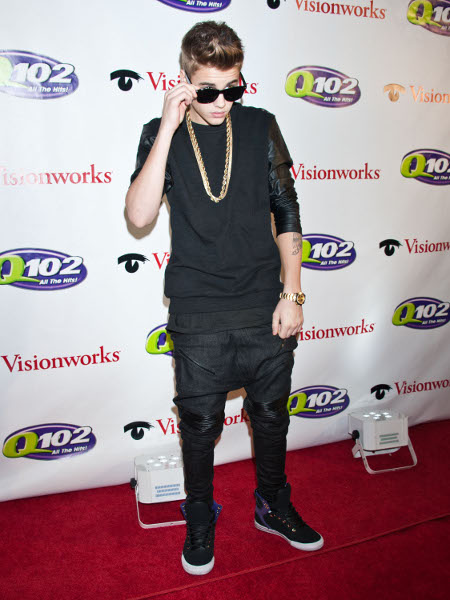