Justin Bieber Paid $500 For Sex To Prostitute in Panama 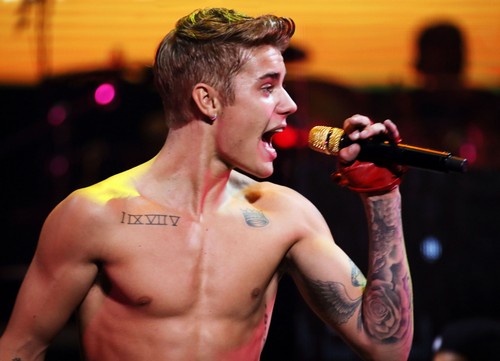 According to an exclusive from Lainey Gossip, Justin Bieber paid $500 to have sex with a prostitute in Panama. Well, it didn’t go down exactly like that. Apparently, Justin first went clubbing in Panama and then brought ten women home with him. Apparently, one of those women was a prostitute and she’s [surprise surprise] giving away all the details to a local paper, no doubt for a tidy payday. She should have just held out for TMZ.

Anyway, she explained what happened after they all smoked some week, saying, “He asked me in English if I wanted all of his semen, but I don’t understand English. My friend was translating.” They then apparently had sex for more than an hour, and then he came all over her chest. At the end, he gave her $500.

Now, it’s not clear whether he paid for the sex and knew that going in, or if the $500 was just a tip. Justin is nothing if not generous with his money, especially towards hookers, strippers, and prostitutes. It’s one of his only positive traits, if you count throwing money around being a positive trait. So if he did give her that $500 as a tip for good service, well… at least she got a good pay day? But if he had to pay for sex, I’m not sure Justin would have been willing to go for it. Like Lainey says, Justin has hundreds of girls, even very attractive ones, throwing themselves at him constantly. Why would he pay for something that he could have gotten for free? I can believe that he gave her the money because he felt like it, but I doubt he would have if it was obligated.

Anyway, so there you go – Justin hasn’t changed even a little bit. I’m not knocking on him, necessarily, considering a lot of celebrities indulge in prostitutes, especially in foreign countries where they don’t have their regular booty calls around. But in Justin’s case, it just makes it laughable whenever his team is trying to suggest that he’s a different person now and has stopped partying so much.