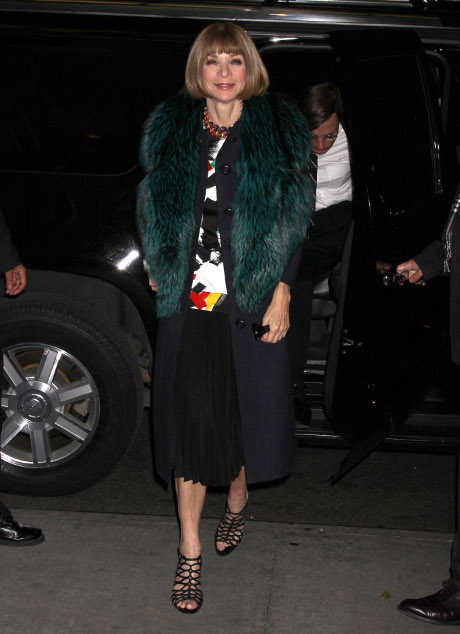 Kanye West will not give this Vogue cover situation a rest. No matter how hard the Kardashian family tries, or how much talking Yeezus does, the chances of Anna Wintour giving Kim Kardashian the cover spot on her magazine are slim. She’s sort of made it clear over the years (and especially over the past months) that she’s not interested in giving her coveted spots to reality TV stars — and especially not a Kardashian.

In a recent interview with Ryan Seacrest, Kanye made a point to say (again) that he thinks Kim deserves that glorious cover deal:  “There is no way Kim Kardashian shouldn’t be on the cover ofVogue. She is the most intriguing woman right now. She has got Barbara Walters calling her like everyday.”

Whether or not Barbara is spending her every waking moment dialing Kim on the telephone, Anna’s not impressed by the Kardashian fame — and she’s not looking to use that angle to sell magazines, which she really doesn’t have a problem doing. There’s an abundance of talent out there in the world that deserves a Vogue cover — and perhaps she’s one of the only people in the industry that realizes there are others more deserving. What do you all think?

In his ongoing efforts to secure the spot, Kanye enlisted the famous skills of photographer Mario Testino, whom Kim adores. Kanye thinks some epic photography featuring Kim in her wedding dress will be just the medicine Anna needs to cure her of her Kardashian hate. Here’s the thing . . . . Anna doesn’t seem like the type of person to give into begging and moaning. If and when Kim Kardashian finally lands her Vogue cover spot, it won’t be because Kanye West finally broke her down. It will be because she decided it was time.