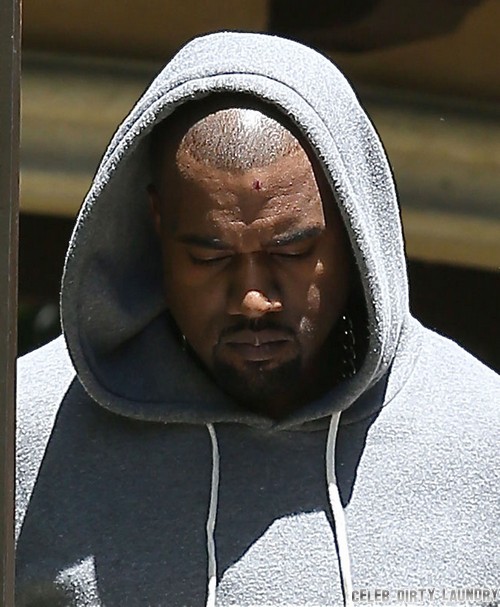 The internet and tabs are alive with stories about Kanye West and Kim Kardashian getting married quickly now that they have little North West. While most of these rumors seem to concentrate on the fact that Kanye is on the verge of proposing to Kim after the birth of their baby girl, I think it’s more reasonable to assume that he’s even less interested in marrying her now.

Sure, there’s tons of pressure – from Kim’s family, from the media, probably even from his own friends and family. However, he has stated that he will be very busy in the next year, promoting his new album and touring around the world. When will he have time for a wedding when he won’t even have time to spend with his newborn daughter and baby mama? As much as we bash Kim and her fame-whoring ways, the fact that the father of her child will be missing for much of the child’s first few months has got to suck. Personally, I don’t even get why she puts up with it…no, I take that back, I do. But even the fame and attention can’t be worth the humiliation, can it?

The fact that Kanye continues to refuse to propose to her, despite the tabloids, the media, and everybody commenting on it, has got to annoy her. I’m sure she thought that Kanye might propose after the baby was born, but that clearly hasn’t happened either.

At this stage, I don’t really see him proposing any time soon. I wouldn’t rule it out completely, only because they actually have a family now. However, I think Kanye considers himself some sort of trend-setter, and he’ll probably support his decision to not have a marriage by saying he’s not giving into society’s norms. Again, nothing wrong with that – but I’m sure Kim’s not too happy about it.