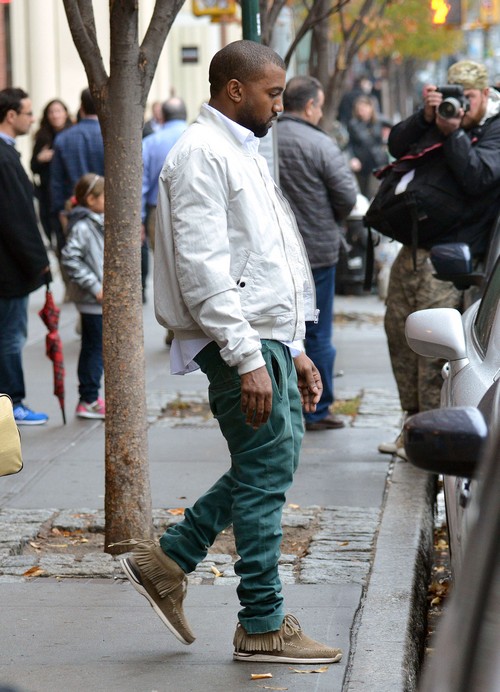 Don’t mess with Yeezus SNL! It appears that Kanye West checked his sense of humor at the door when he saw this week’s Saturday Night Live. According to Hollywood Life, Kanye was livid with the sketch on the Nov 16th episode called “Waking Up With Kimye.” West is allegedly so angry he has vowed never to appear on Saturday Night Live Again!

The hilarious sketch featured SNL castmembers Nasim Pedrad and Jay Pharaoh mocking the power couple using their favorite buzz word “genius” and implying Kanye controls Kim Kardashian with comments like “Kim is wearing a Givenchy piece that she initially didn’t want to wear, so I had to put her in it while she was asleep.”

Someone who got the joke was Lady Gaga, who as the week’s musical guest, was also featured in the skit as a member of the Apple store’s “Genius” bar. In the sketch Pharaoh’s Kanye told her she didn’t deserve her “genius” title followed by an “I am God” statement.

Allegedly the sketch was one of Gaga’s favorites to do because Kanye hasn’t been her favorite person since his Taylor Swift stunt prevented their co-heading tour in 2009 from getting off the ground.

No word yet on Kim’s reaction, but something tells us she will stand by her man!

Do you think Kanye needs to get a sense of humor or is his anger justified? Let us know!