Kanye West Reveals Strong Likelihood his and Kim Kardashian’s Wedding will be ‘Exploited’ — But He Wants a GIANT Paycheck First! 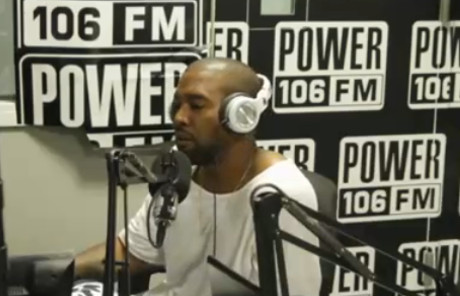 Kanye West gave an interview recently where he had the chance to do what he does — and likes — best: TALKING! Kim Kardashian‘s future hubby appeared on Power 106 “Big Boy’s Neighborhood” morning show where he discussed just about every topic under the sun. He chatted about money (how he thinks it’s the best thing in the world and how much of it he has), the nerves he felt upon proposing to Kim, paparazzi, exploitation, and other issues that have plagued his name in the media’s eyes.

He revealed that he and Kim plan to marry sometime next summer and will, more likely than not, consider doing a TV wedding. I mean . . . . DUH. Did anyone on this planet honestly think that they wouldn’t do that? I read that in my crystal ball the morning after he proposed to her. But he’s definitely not going to televise his wedding for free. Hellz to the no. He says,

“I would take as much as possible,” he told Big Boy. “What’s official for everybody in this room and everybody on this globe right now is them bills. If you can help out with those bills, because you know me and Kim are in the exploitation business. We get paid to exploit ourselves. I’m [going to] give my daughter the opportunity to choose when she wants to be exploited. That’s the reason we didn’t take any money for any baby pictures.”

If you think you can handle a whole lot more of Kanye, then take a glance at the interview below, wherein Kanye also compares himself to both Michael Jordan and Michael Jackson.