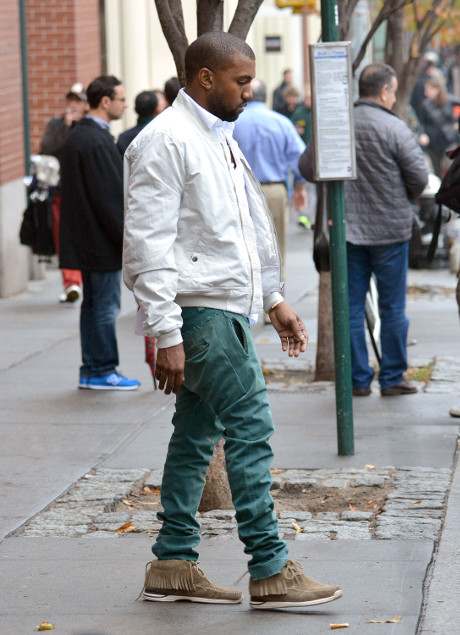 During an interview with Philadelphia’s Hot 107.9 FM Monday morning, Kanye West had a little something to tell President Obama. He said that he should stop talking bad about his soon-to-be wife and the way they live their lives, about which Obama said gives people a warped idea of the “American dream.” West said on the radio, “I think he shouldn’t mention my baby mama’s name, cause we both from Chicago.”

One thing we know about Kanye is that he likes to talk — and during these radio interviews he’s no different. The singer goes onto say that he and Kim are “pop icons,” and he thinks the president calls them out “just to be down.” Eventually, Kanye added, “That’s out my thoughts. That’s lower on my priority of thinking at this point.”

What do you think about Kanye West’s feud with Obama? Not to sound harsh, but Kanye is one of those celebrities that will always be in a feud with someone. It’s kind of amazing he decided not to continue his rant. Perhaps living alongside a Kardashian is helping him grow more of a filter (wait, what?) — or maybe Kris Jenner is working some of her magic on him?

Don’t forget to watch the interview clips below. There’s a whole bunch of Kanye.