Kanye West Boycotts Fashion Industry, Demands he be Treated like the GOD he is! 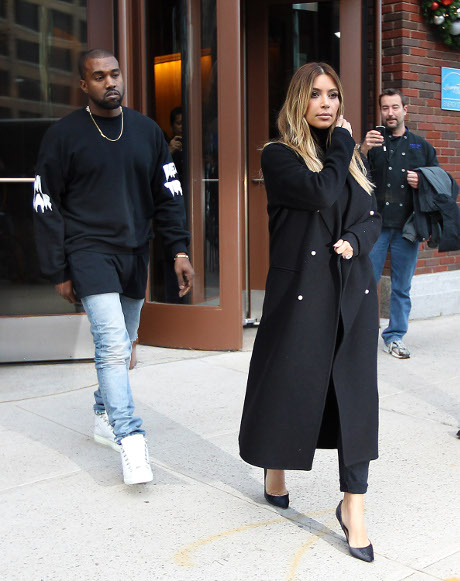 In his endless mission to prove that he’s the BEST human being and all around grand master of the universe, Kanye West has now come out and said that he would like to be treated as a god because, duh, he is one. Excuse me, for just one moment, while I go throw up in my mouth. Yeezus has been getting frustrated lately with people not recognizing his glorious nature, especially those in the fashion world, who he claims aren’t taking him seriously (queue whiny Kanye monologue).

While onstage at the Madison Square Garden on Saturday, Kanye went off on Hedi Slimane, former designer at Dior. “He was once a friend of mine, in the time of Christian Dior,” he said. “And I used to wear his tight-ass jeans when I was on tour and get called names for it . . . And Hedi Slimane was a god who didn’t serve no bull(bleep) . . . But it takes a god to recognize another god. So when he told me you can come to my show, but you can’t come to see Phoebe [Philo] and you can’t come to see Riccardo [Tisci], that was odd. He tried to control me! He tried to tell me where I could go!”

What do you make of Kanye’s rants, which are never ending and popping up more and more frequently as of late? Are we heading into a Kanye Storm, with a heavy chance of “OMG DID HE REALLY SAY THAT?” Let us know what you think of Kim Kardashian’s boo in the comments section below.