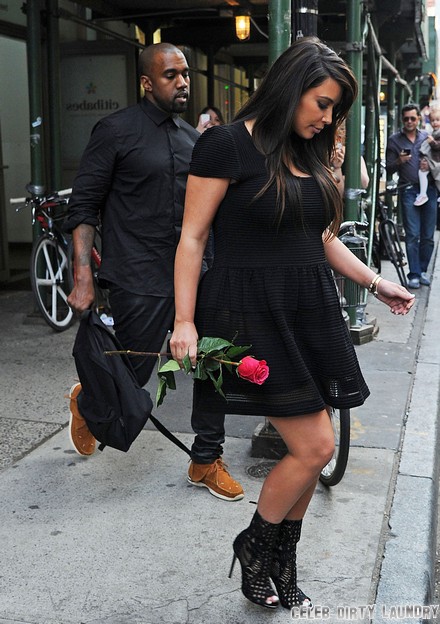 Ray J’s music video for ‘I Hit It First’ is finally out, and if it wasn’t before, it is now CRYSTAL CLEAR that the song is about Kim Kardashian. The music video is not subtle in the least, and contains references to Kim’s ass and her sex tape with Ray J. Of course, there are some remarks about Kim’s baby daddy Kanye West too, such as, “Hit it from north/Brought her head down south/Now that I’m finished/She’s on to Mr. West.”

Nice, Ray J – real subtle..NOT. Now, if none of that convinced you, then how about the look-a-like who’s a dead ringer for Kim K in the video? She pretty much looks like Kim’s doppelganger, right down to the ass and outfit.

Now, Kanye is – and I can’t believe I’m actually saying this – too classy to reply to that idiot Ray J. Now, I’m not calling Kanye classy per say, but I would say that he’s ‘classier’ than that toolbag. He’s not going to resort to associating his name with that idiot and his desperate plea for attention, so we’re probably not going to hear an outright reply from him. That being said, there are plenty of media ‘reports’ that are being leaked left and right about Kanye’s reaction. Several sources even said a while ago, “Kanye don’t condone broke ass, jealous [guys] who be trying to bite off he and Kim’s fame just to stay, wait, just to become relevant. Kanye West & Kim Kardashian will not give Ray J attention.”

Also, Kanye doesn’t even need to respond – you know what’s response enough? The fact that Kim is with Kanye, and that he’s the one having her baby and paying for it. Not Ray J, who’s so clearly hung up on Kim. Or trying to be famous again. One or the other. Either way, he loses. Kanye’s much more famous than him. And Kanye gets Kim [not that that’s anything to brag about either, in all honesty].