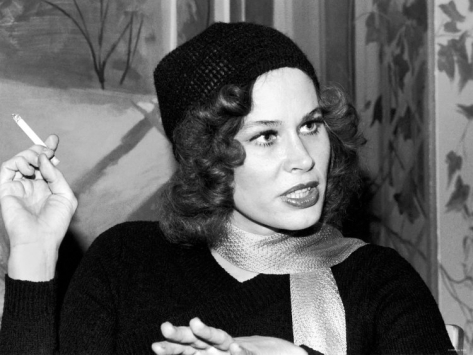 Karen Black’s agent has announced that Karen has died, after losing a long and difficult battle to cancer. Black was nominated for an Oscar for the film Five Easy Pieces back in 1970, and she was 74 years old when she passed away today.

Her agent released a statement saying, “She was a stellar person in every area of her life. Smart funny talented tenacious supportive and loving.  Everyone who knew her will miss her.”

Even though Black tried very hard to fight her illness, even trying to raise money for various treatments, it didn’t help. Her husband told various donors on Wednesday that Karen’s health was deteriorating pretty rapidly, saying, “She became bed-bound: the spreading cancer having eaten away part of a vertebra and nerves in her lower back. Her left leg stopped functioning.  We could not go to Europe as we had hoped. It would have been almost impossible to travel to the airport.  So we brought alternative treatments to her bedside. I can’t tell you how many times doctors and nurses have pulled me aside and told me that I better start hospice, as she was about to die.”

As we all know, people continue to succumb to cancer every day, despite access to resources and recent advances in medicine. Unfortunately, for every Dustin Hoffman [who was successfully ‘cured’ of cancer recently], there is a Karen Black. Our thoughts and prayers go out to Karen’s family, and her legacy in film will endure for years to come.