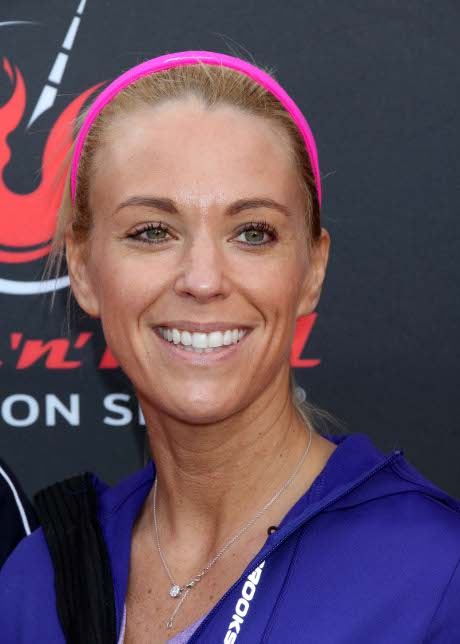 Kate Gosselin‘s life will never make it out of the media at this rate. Now, Kate Gosselin is being sued by Jon Gosselin‘s ex girlfriend, Hailey Glassman, for allegedly releasing Hailey’s private text messages, which detail Jon’s plans to steal his then wife’s computer — which would later be given to a writer friend who’d write a scandalous tell-all book about Kate’s crazytime ways! Can you say disaster? Because that’s what this situation is, folks.

This is the latest info in the Jon Gosselin and Kate Gosselin war, which seems to have been picking up an incredible amount of steam over the past few months.

Radar Online reports: The messages from Jon about nabbing Kate’s hard drive were released on Twitter by an anti-bullying activist who has targeted people he says have “crossed the line” with Kate. Hoffman claimed on Monday that the texts are fake. But Hailey told Radar that they are real, Jon sent them to her and her lawyer pulled them from Verizon in 2009. Still, she’s furious at their release and says Kate is behind making them public and she will now sue the mom of eight.

Apparently, Hailey’s attorney is currently heading up to Pennsylvania where he will officially sue Ms. Gosselin for releasing private information. Kate also allegedly used a third party to assist her in the release of this info — a site known as BullyVille.com. Now, we’re not sure who’s telling the truth and who’s out for another minute of fame, but we hope this whole mess gets figured out quick because, honestly, we’re a bit tired of hearing about Gosselin drama. For me, all this should live in the past. Let’s stop the games, everyone.

Fame comes with a price. Sometimes, I think all these people forget that!