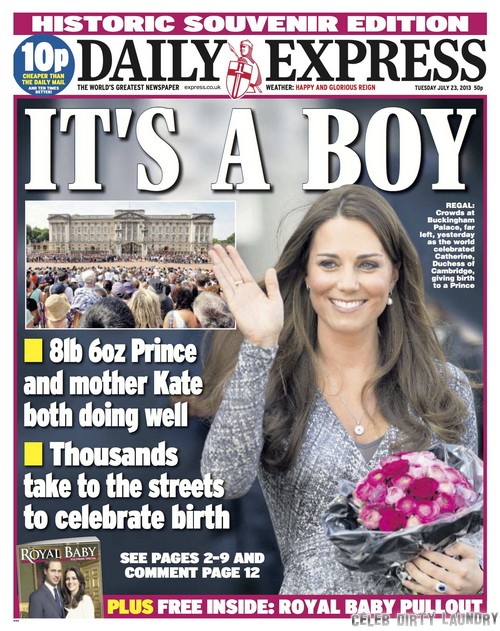 Now that Kate Middleton has finally given birth to a son the whole world is waiting to catch a glimpse of the future king. This is the first time in years that three heirs in consecutive line to the throne are all alive simultaneously, adding a bit more to the history books for little Baby Cambridge. It seems that Kate is gearing up to leave St. Mary’s Hospital at some point today- her officially hairdresser is on site because she has to look absolutely fabulous before stepping in front of those flashing cameras!

Those first photos of the Kate, Prince William and their son will likely be taken outside of the hospital as they introduce their bundle of joy to the entire world. In the midst of this joyous occasion we have also seen photos and old file footage of Princess Diana emerging on those same stairs over 30 years ago cradling Prince William in her arms. No doubt that epic moment for William, his wife and new baby boy will be equally memorable and those images will be seen for decades to come.

How long do you think it’ll be before Kate whips herself back into shape and whittles her royal waist back down to nothing? Having spent years as an athlete I’m guessing that it won’t take her long at all! Tell us your thoughts on the families first appearance together in the comments below!