Kate Middleton Baby Boy or Baby Girl? The Queen MUST Be Told First! 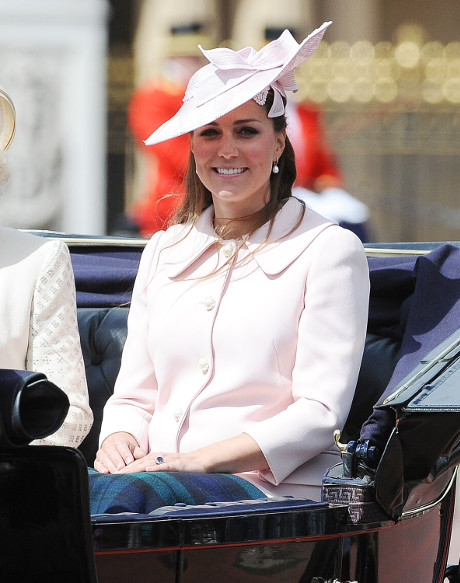 Still no word yet on whether Kate Middleton will be having a boy or a girl, but whatever her lil baby nugget turns out to be, we can be certain of one thing: The Queen will be the first to know. Chances are we’ll all learn the baby’s sex later/soon — as her labor began in the very early hours of Monday morning. However, there’s a good chance that her baby won’t enter this world until the later hours of the evening/night. And, if the Queen’s gone to bed, she’s informed everyone involved that SHE’S NOT TO BE WOKEN UP!

Simply put, the Queen can’t be bothered with frivolous news regarding the future of The Crown’s line. The Queen’s bedtime is usually around midnight and she gets up around 9AM. If the baby’s ready to be announced within that particular time frame, then everyone will just have to wait for her to wake up.

The Daily Beast (courtesy of The Royalist’s LIVE blog) reports:

A sort of sinking feeling among the media gathered in London as the realization dawns that this could well go on into tomorrow.

Of course, no-one can be told till the Queen is told, and the Queen has made it abundantly clear she does not wish to be woken in the middle of the night to be told, “IT’S A BOY / GIRL”.

So,  if the baby is not born before midnight, the hour at which the Queen usually retires for bed, then we ink-stained wretches will be hanging on our emails till tomorrow morning. The Queen is woken at 9am by her piper, but she may rise earlier tomorrow!

What do you think about the Queen taking this approach to the birth of her future grandchild? Kind weird #ButNotReallyShe’sTheQueen. Keep checking back for all your Kate Middleton baby news!