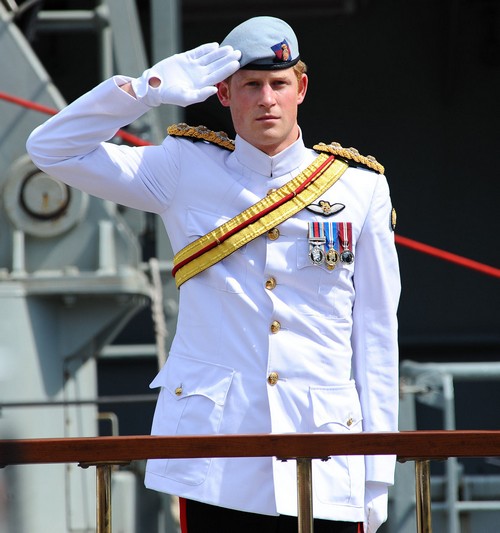 We have been hearing for awhile now that Prince Harry is super serious about his relationship with Cressida Bonas. So serious that royal watchers have been saying that an engagement is likely to happen soon with a royal wedding on the horizon in 2014. Those closest to Harry fear that Cressida is getting cold feet at the thought of joining the royal family. According to the Oct. 29th print edition of In Touch magazine there is concern that the often commitment-phobic socialite will leave Harry heartbroken long before she will ever become his wife.

Cressida comes from quite the dysfunctional family when it comes to relationships as her parents have six marriages between them. It has probably played a part in Cressida choosing to be more of a free spirit and she has admitted in the past that having Harry so focused on her is more than a little unnerving. Kate Middleton is one person that has advised Harry to tread lightly but she also has a bit of a personal agenda. When she and Prince William split up back in 2007 he was smitten with Isabella Calthrope, Cressida’s step sister. Needless to say, Kate would prefer that Cressida not become her sister-in-law.

Do you think that Cressida’s cold feet will put an end to her love affair with Harry? Or will they actually inch closer towards that engagement that Harry wants to make happen? Do you think that Cressida is the best match for him? They are both jokers and fun loving but does Cressida seem ready to step up and become a respected member of royal society? Tell us your thoughts in the comments below!