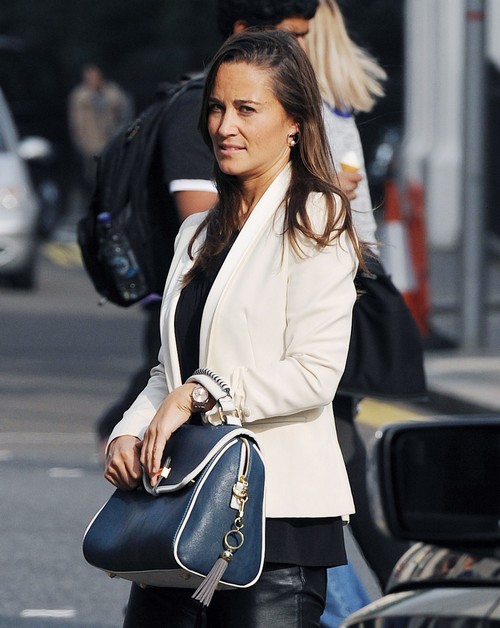 When you think of Kate Middleton’s family, do you immediately think of Range Rovers? Kind of a strange dichotomy, no? But according to a report from the Daily Fail, the Middleton family has joined an exclusive Range Rover VIP scheme. I can’t believe I just typed that sentence.

Anyway, because the Middletons are ‘acting as unofficial ambassadors for the company’, they get top-of-the-line Range Rovers for their personal use. Apparently, the Middletons will only be paying a fraction of the normal amount for use of the cars, but the scheme involves the unofficial promotion of the cars, including driving them, tweeting about them, and blogging about them. Well, we can just add that to the list of blogs that Pippa Middleton participates in.

A source explains, “The Middletons’ Range Rovers have been leased to them as part of the VIP scheme. The idea is that you pay a small percentage of the usual fee in return for certain services – which can be as little as being seen driving around in the vehicle. Being associated with royalty does wonders for the brand.”

Apparently, it’s not just the extended Middleton family that is taking advantage of this VIP scheme. Prince William reportedly used a Range Rover when taking his wife and son back home from the hospital after Prince George‘s birth, and both the Queen and the Duke of Edinburgh were spotted in Range Rovers recently at various events. Is the whole royal family taking advantage of this discount deal? With the amount of money that they have, isn’t it a bit odd and kind of cheap to be doing so?