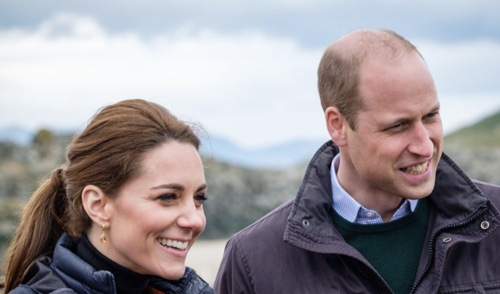 It took long enough but she finally did it. I’m sure Kate Middleton’s baby helped. Queen Elizabeth’s questionably failing health probably didn’t hurt. Whatever the reason, Prince William quit the Royal Air Force. Finally! Kate ain’t never going back to dreary Anglesey. It’s London shopping from here on out! Are there tears of joy today? I’m sure she’s just telling him it’s her hormones!

On the one hand, you’ve got to feel bad for the dude. He loved that job and, ironically enough, his role as Flight Lieutenant Wales will be featured heavily in the upcoming BBC documentary, Helicopter Rescue. Bad timing. But on the other hand, shut up! Stop whining about how you like playing with helicopters. You’re 30-years-old. You’ve had your fun and it’s time to entertain us all for the rest of your life. We let you take luxury vacations (and secretly take pics of you behind your back during them) but the positives definitely outweigh the negatives.

This decision isn’t a huge surprise though and should be made public later this spring. We knew he had to make up his mind but it’s sooner than I expected. I thought he’d draw it out until mid-summer. Everyone knew he had to quit so he could focus on royal life (Kate couldn’t keep going to events alone) but William is a such a loose cannon sometimes. If he truly didn’t want to quit then he wasn’t going to quit just to make a point. I suspect, just as Kate got her ass sat down last week with talking to, William had his own special convo with the Queen. Did she play the sick card? Did she point out how much the country hates Camilla and Charles? Or did she tell him he needs to be in London more to keep his wife from shopping too much? All of those are perfectly valid reasons for leaving Wales behind.

Will Kate Middleton miss the royal air force? Prince William definitely will. Take a look at the old pics of the couple at one of their first public engagements in Anglesey. See how Kate can’t control her hair in that dastardly wind? Oh ya, she’s so done with Anglesey!