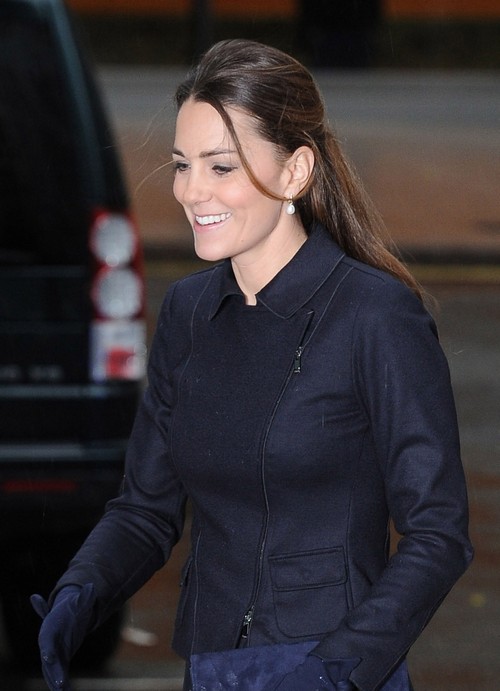 This is what happens when anybody takes advantage of their connection to the royal family, and let this be a lesson to anybody in Kate Middleton‘s current employment. According to reports, the stylist who was responsible for Kate’s hair during her wedding and North American tour, James Pryce, has been fired. Why? Well, apparently he was stupid enough to launch Facebook and Twitter pages featuring hundreds of private photos of Kate in various hairstyles, all to promote his business.

Again, bad, bad move Mr. Pryce. Not only am I confident that he broke some sort of weird-royal confidentiality agreement by uploading all those pictures, it’s basically breaking the trust of his boss. I’m sure he could have asked Kate permission to use a few photos, but he decided to forgo any official regulations and ended up getting himself persona-non-grata’d from royal service.

An ex-colleague of dear Mr. Pryce has already spoken up about the changes in Kate’s team, explaining to Radar, “Richard Ward still cuts Kate’s hair and she has her color done at the salon. Plus, she has her stylist, Amanda Cook Tucker, who blow dries her hair for events, but James has really been pushed out.”

Kate’s looks are scrutinized all over the world, and it’s pretty important for her to have a team she can trust – so for all those people who think this firing is unfair, keep in mind that she’s part of the royal family now. You don’t betray the trust of the royal family and get away with it without any consequences. If this was two hundred years ago, that hair stylist probably would have been sent to the dungeons. But in 2013, that won’t fly, so getting fired it is.