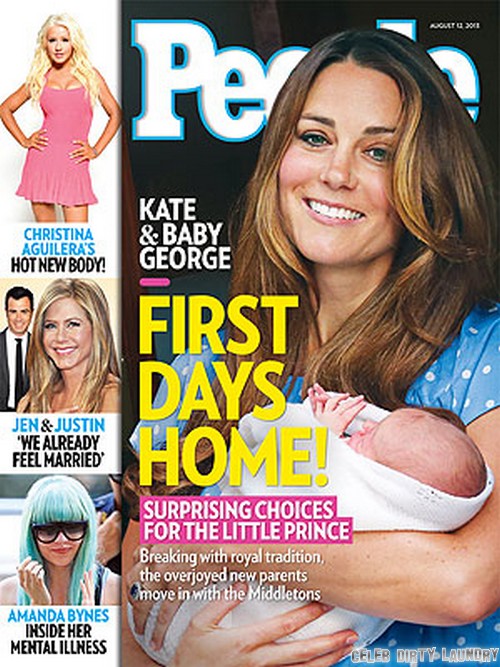 Last week was all about the excitement over the birth of the royal heir and now it’s time for us to think about what type of life the little prince will live. Kate Middleton and Prince William have vowed to honor all of those royal traditions, but then live life like a normal family after the fact.  They want to satisfy the monarchy while enjoying a modern family life and this first week at home has been a true testament to that.

The August 12th print edition of People Magazine takes its readers behind the scenes of those first days as parents for Kate and William. Rather than taking the royal heir home to the palace they instead are enjoying real family time with the Middleton’s in Buckleberry. Until now it was unhead of to think that a new royal baby would spend its’ first weeks in a commoners’ home but that is exactly the way that Kate and William wanted it.

They also are finding their way as new parents without a team of nannies and baby nurses. Instead it’s just them hands on with some help from Carole Middleton. It certainly does sound like they are trying to adjust to parenthood and learn about their son in the same ways that young couples all over would do it.

Do you love the fact that when Kate and William tell us they want to be normal their actions also back it up? Tell us your thoughts in the comments below!