Katherine Heigl Makes Her Return To Television: Will She Come Back Shining or Crash and Burn? 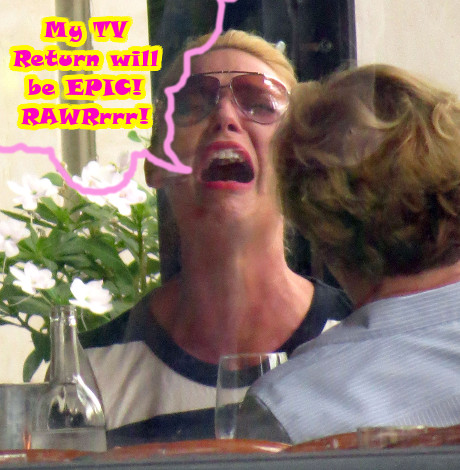 Izzie Stevens is coming back! But any Grey’s Anatomy fans can calm down because Katherin Heigl won’t be returning to the famous Seattle Grace hospital. However, with hopes of trying to reignite her career and save her reputation, Katherine Heigl WILL BE returning to TV. NBC announced that it has bought the rights to an untitled CIA drama starring Heigl.

“I am thrilled and honored to have been asked to be a part of developing these stories and this character and bringing it all to life. NBC has been a true partner in their passion and support for the show that we’ve dreamed of making and I could not be happier about joining forces with them,” Heigl said in a statement.

Katherine Heigl rose to A-list status in 2005 when Grey’s Anatomy premiered and became an instant phenomenon. She even won an Emmy in 2007. New doors opened for the actress and she transitioned from TV to Film. Her 2008 comedy, “Knocked Up,” grossed $219 million worldwide.

However, Heigl’s ego grew along with her fame. She criticized the writing for “Grey’s Anatomy,” made “movie star demands” while promoting “Knocked Up,” and multiple sources have described her as being difficult to hand on set.
She left “Grey’s” to establish a movie career and was even making $12 million a film. Since 2009, most of her movies have been box office bombs and panned by critics. Combine this with her overall reputation and it’s no surprise Heigl’s career has been on a downward spiral for a while — forcing her to do NyQuil commercials!

This is not her first attempt to get back on TV either. It was reported in January 2012 that she wanted to return to Grey’s Creator, Shonda Rimes, was not interested. NBC has agreed to air the pilot episode of the CIA drama with a projected premier next fall. Will you be watching or has Katherine Heigl burned too many bridges?