Katie Holmes Is A Bad Mother To Suri Cruise, Not Focusing On Suri’s Health? 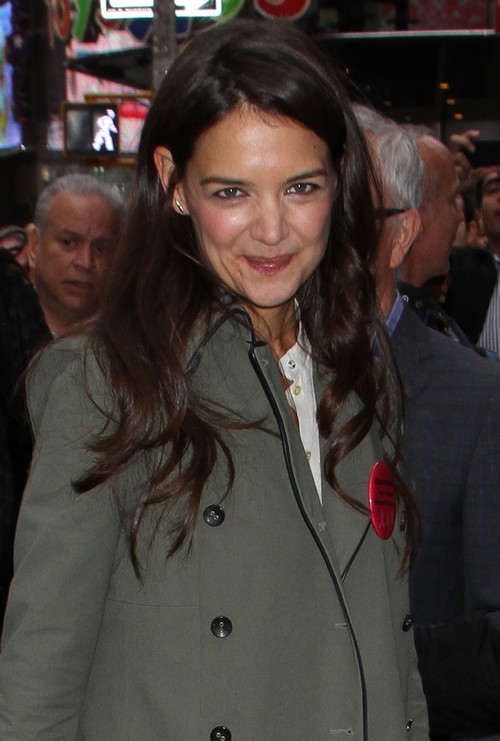 Star Magazine seems to be flip flopping on whether they’re pro-Katie Holmes or not. They’re probably scared of going after Tom Cruise after his lawsuit against Bauer, and they might have decided that it’s better to be safe than sorry. So now, they’re going after Katie instead. Their latest report focuses on Katie’s skills as a mother, and according to their ‘source’, Katie’s keeping Suri Cruise up at night and ruining her health.

Why would she do that? Well, this source claims, “[Katie] has a habit of dragging Suri out for late night dinners and meetings. [As a result], Suri’s regularly cranky.” They allege that because Katie doesn’t prioritize Suri’s sleep, it’s starting to affect her mood and overall health.

Now, addressing the actual report itself, the allegations are a bit ridiculous and directly contradict everything we’ve seen from Katie so far. In fact, she seems incredibly hands-on and doting with Suri, and one of the biggest reasons she was rumored to have left Tom Cruise was because she didn’t want Suri indoctrinated into Scientology. Now, whether that’s true or not, we can’t say for sure – but when have we ever seen Katie mistreat Suri?

Also, why on earth would Katie drag Suri to late night dinners and meetings? She has nannies that can take care of Suri at home, and why would she want a toddler to attend business meetings with her? It would be completely counterproductive to anything she was trying to accomplish. This whole report isn’t even slightly plausible or believable, especially when you take into consideration Katie’s history with Suri.