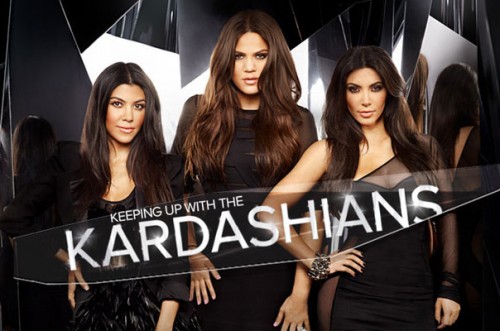 In the next episode of Keeping Up With the Kardashians, Kim Kardashian a ‘faces a painful health scare’, Bruce Jenner and Brody Jenner ‘continue to work on their relationship’, and Kris Jenner refuses to let Bruce buy a gun for their protection.

Keeping Up With the Kardashians is high on entertainment value because it comes across as scripted 90% more than it comes off as an actual reality show. I mean, the scenarios that they cook up are startlingly repetitive, but strangely compelling. It’s almost like watching a trainwreck, where you really really want to look away, but just can’t – you need to watch the end of that wreck, no matter what. That’s what watching KUTK can feel like sometimes, except more exaggerated.

Now, Kim facing a health scare has actually happened quite a few times more, and it’s one of the few things [I hope] can’t be scripted, but the real question is – will we see Kanye West? I mean, the news of Kim’s baby is bound to change some parts of this episode, but nothing can change the fact that Kanye has been conspicuously missing for the last couple of days, especially after the cheating scandal about him and Leyla Ghobadi broke all over the Internet.

But despite a possibly compelling detour into Kim Kardashian’s health, we also have to deal with Kris Jenner and Bruce Jenner’s horrible non-acting acting skills. But with that being said, a debate about gun usage is just what people need, so I can’t be too against it. And in terms of Brody and Bruce continuing to ‘work on their relationship’, who really cares? I mean, it’s Brody Jenner. A dish towel is more interesting than him.

So will you be watching the next episode of Keeping Up With the Kardashians? The show airs this Sunday on E! at 9/8 c.