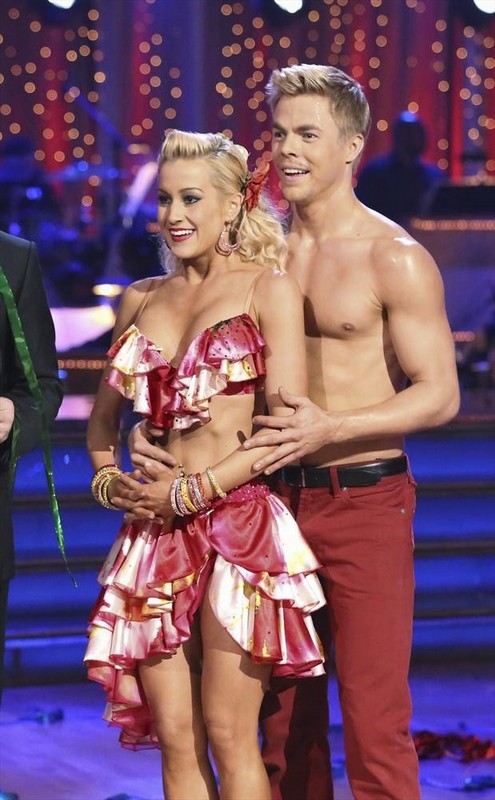 KELLIE PICKLER danced a VIENNESE WALTZ on the eighth episode of DANCING WITH THE STARS: 2013 performance show tonight. On this week’s show the six remaining couples took to the dance floor and for the first time this season, each couple had to perform two routines in an effort to impress the judges and earn America’s votes.  If you missed the show, we recapped tonight’s show for you and if you want to see how all the couples did go HERE!

Judges comments:  Bruno: “Mirror, mirror on the wall who is the prettiest of them all, you dahling… You were not a princess, you were a Queen.”  Carrie Ann: “A dance without emotion it just a dance.  Today you went beyond the dance.  You have something incredible!”  Len: “It was sophisticated, lovely mood, oceans of emotion.  Extension we beautiful.  Lovely dancing, well done.”