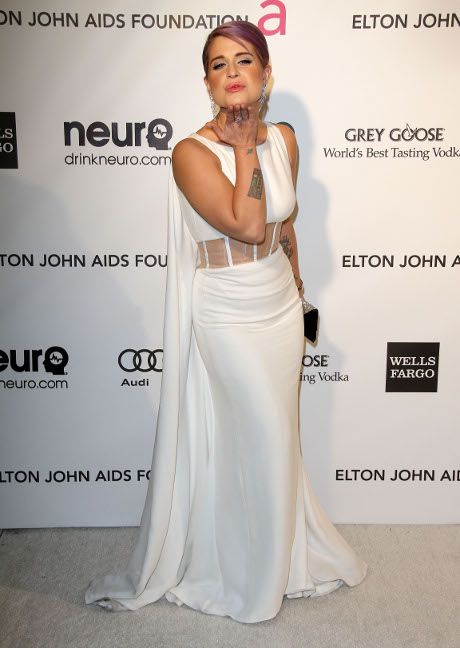 We’ve just learned that Kelly Osbourne had a 30-second seizure that resulted in hospitalization. The Fashion Police host was doing a taping of her show when the violent seizure surprised the crew, her fellow hosts, as well as the audience. Luckily, an EMT happened to be in the audience and rushed to her side to aid the young celeb. This isn’t the first instance of medical scares in the Osbourne family, so our thoughts definitely go out to both Kelly and her family.

Entertainment Tonight exclusively reports: The seizure, which caused Kelly to fall to the floor, lasted for approximately 30 harrowing seconds. Melissa and crew members, as well as an EMT who happened to be in the audience, all rushed to Kelly’s side to help. She awoke on the floor, and was shielded by blankets on her way out of the studio to be taken by ambulance to the hospital.

She seems to be in good care now in an LA-area hospital. Her costar Joan Rivers was also there, but so far we’ve yet to hear her comment on the issue. The story is developing and CDL will definitely keep you in the loop as more information becomes available! Poor Kelly. It doesn’t sound like she’s had history of seizures, so we hope doctors will be able to help her out as she tries to get over this medical scare.

Keep checking back throughout the day for more news and info. We got you covered!