Kendall Jenner and Boyfriend Julian Brooks Break Up – Catches Him Cheating at University! 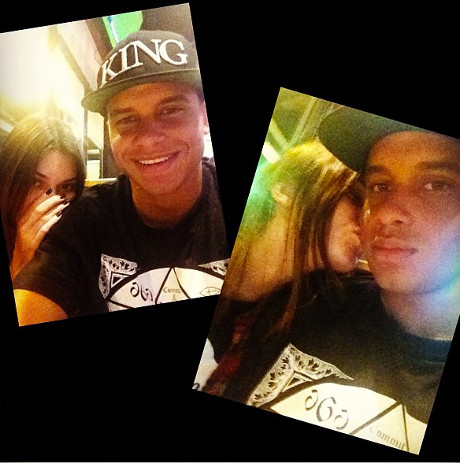 Kendall Jenner has broken off with Julian Brooks, her University of Nebraska football player boyfriend.  It seems the after Kendall flew to Las Vegas for a romantic weekend hookup with Julian, he started taking the young model for granted.  According to a report in today’s Star mag, Julian stopped answering her texts in a timely manner and this got Kendall worried that Julian might be cheating on her.

Kendall knows all about cheating since her half-sister Khloe Kardashian is embroiled in a very public cheating scandal with her crackhead husband Lamar Odom. Poor young Kendall certainly doesn’t want to stay involved with a man who cheats, right.  She sees the pain and humiliation Khloe is suffering and wants to spare herself the same.

Kendall knew Brooks’ habits well since they attended Sierra Canyon School together and had been dating since May 2012 so she noticed the sudden change in her boyfriend after that fateful Vegas hookup. According to Star’s source, via Radar, Kendall experienced all the tell-tale signs with Brooks that he was cheating: “He would disappear for days and not answer Kendall’s text messages.”

The source says Kendall shared her concern with friends who advised that she dump Brooks suggesting that really was cheating.  Star says Kendall made the decision to end the relationship because she “couldn’t live with the doubt.”

Do you think Kendall was pushed to pull the plug on the relationship with Brooks because of what’s going on with Khloe and Lamar?