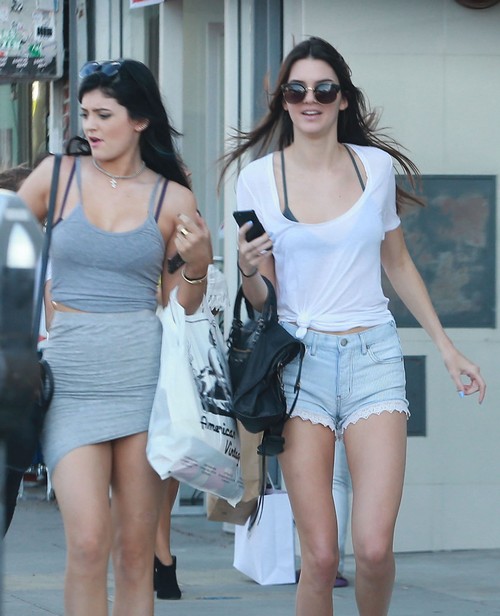 Actions really do speak louder than a million words and yesterday as news went viral that Kris and Bruce Jenner’s marriage really has bit the dust, a kind of solidarity emerged. As Kris was off doing god knows what (or who) Bruce was taping scenes for Keeping Up With the Kardashian’s while on the golf course with daughters, Kendall and Kylie Jenner. The trio realized that they were being stalked by a paparazzi and threw him the bird in unison in between Bruce’s demanding that the intruders leave the private property.

The announcement of the Jenner split was intentionally timed in order for Kris to speak on the record to US Weekly in their new issue that just dropped today. This was all planned folks, meaning that the family knew yesterday would be the magic day and the girls opted to spend it with Bruce rather than their momager. It’s hardly a surprise either as they seem to have a close, real relationship with their dad. No doubt they believe that he deserves better than the nonstop crap that Kris has brought into his life.

If Kylie or Kendall were supporting Kris in the split then she would have insisted that they be spotted out in public together in an attempt to prove that all is well. The reality is that those girls are loyal, to Bruce because he is the only real parent in their lives. I think it’ll be interesting, now that the cat is out of the bag, to see how the kids in the family proceed. Knowing that a marriage is over is one thing, confirming it to the world is another, don’t you think? Tell us your thoughts on the Jenners in the comments below.