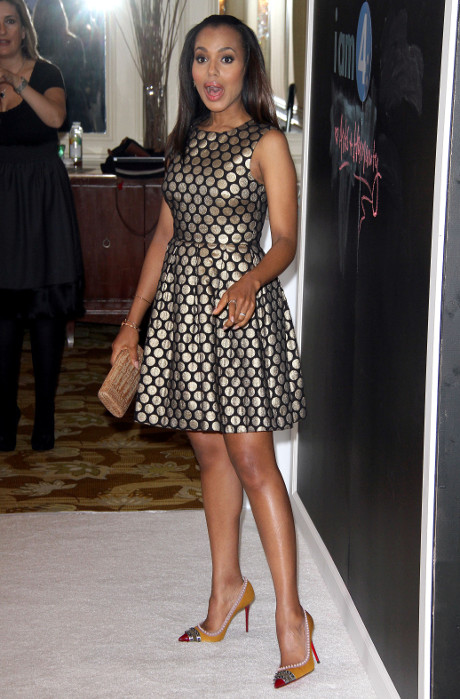 We’ve got some SCANDAL coming to Saturday Night Live. Well, not literal scandal, but the amazing Scandal actress Kerry Washington. It was announced Wednesday that Kerry Washington will be hosting the November 2nd episode of SNL, alongside musical guest Eminem. We’re super excited for this episode, and we can’t wait to see what Kerry brings to the SNL sets.

I think SNL has gotten off to a great start this season; the new cast members seem great, and the players who were “featured” last season (who have now stepped up into more full time roles), continue to grow and produce hilarious characters.

Eminem will be the musical guest for the sixth time during his career. This upcoming episode will mark Kerry’s SNL debut. Good luck, girl! You’ll do great!