Keyshawn Johnson Voted Off Dancing With The Stars Season 17 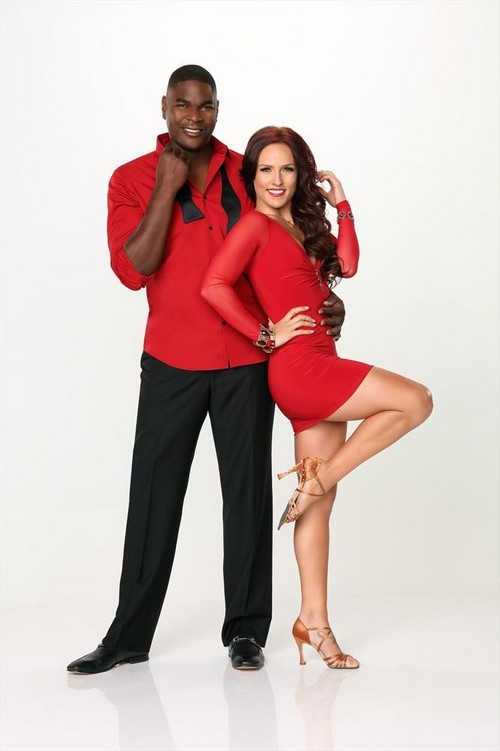 Tonight on DANCING WITH THE STARS Keyshawn Johnson and professional dancer Sharna Burgess were sent home on the DWTS Season 17 second episode.  It really is a shame Keyshawn tried so hard, and he was so pleased to be competiting, but he just could not compete at the level the other couples could.  If you missed tonight’s results show, you can read our full and detailed recap HERE!

On last week’s performance show Keyshawn danced a Cha Cha Cha.  Bruno said: “The bigger you are the harder it is.  You really lost timing, but you have the moves.”  Carrie Ann: “Once you got those hips going you got the moves.  Good job!”  Len:  “This is a mix of attitude and technique.  Your attitude is good, you just have to work on the technique.”  They only scored him a 17/30.

Bill’s elimination was determined by combining the judges’ scores from the first two weeks with the public votes from premiere night.   On tonight’s show the judges gave Bill a 18/30 for his Samba.

Sound off your comments below and tells us what you thought about Keyshawn’s DWTS experience.  Do you think Keyshawn should have been sent home?  Check out the video of his performance from tonight below!