Khloe Kardashian Going Over the Top To be Most Beautiful Kardashian Sister? 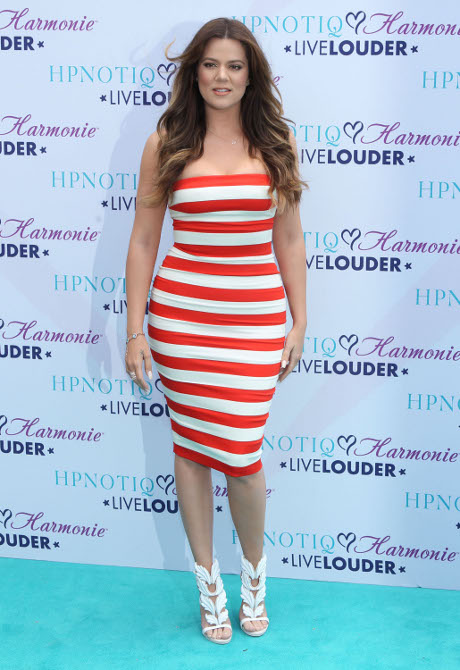 Khloe Kardashian has finally learned to embrace and accept her body size and ignore the constant fat-shaming insults directed at her by tabloids and the public. Khloe, who has been considered the “fat “and “ugly sister” in print and in person, is proud that she never gave in to bullying by becoming anorexic or resorting to extreme plastic surgery. Although we love this family they are not immune to lying, cheating, or stealing to get what they want so it’s hard to really say if hard work was the only way Khloe lost all the weight. Is it an eating disorder or obsession with being the thinner Kardashin?

The 5-foot-10 Kardashian says the constant comparisons to her petite, thinner sisters growing up in Los Angeles damaged her self-esteem, but it also made her stronger. Khole please, those comparisons were coming from within your own family your mother, Kris Jenner, and the Kardashian family exploited that behavior on television for millions of dollars to millions of viewers.

According to In Touch Magazine, Khloe has “become hell-bent on improving herself from head to manicured toe — and those in her inner circle fear she’s going over the top.”

Khole has been criticized for not being a cookie-cutter size like Kourtney and Kim. She was even forced to lose 30 pounds before ‘Kourtney and Khloé Take Miami’ back in 2009. However, the transformation was not appreciated as Khloe is still critiqued daily. We all can be healthy with meals prepared by a personal chef and “hardcore exercises” with a personal trainer. Khloe is said to have lost 20 pounds in 20 days and it’s no shocker with the money anyone can achieve anything. Kim has been and will forever be the prettier and sexier sister despite the fact that she is now fat, arrogant, and pregnant. Kim Kardashian pregnant news here. Khloe has been happily married to NBA star Lamar Odom, 33, but has struggled to get pregnant since their 2009 wedding.

While she wishes she didn’t have fertility problems, she’s in no rush to have a baby and maybe this weight lost will spark a sexual desire in Lamar that did not exist previously.

We all love to hate and regardless of how Khole lost the weight she looks amazing! Is Khole wrong for trying to improve herself? Should we all just leave her alone and finally let her enjoy being the skinny, prettier, and hotter Kardashian? Share your thoughts.