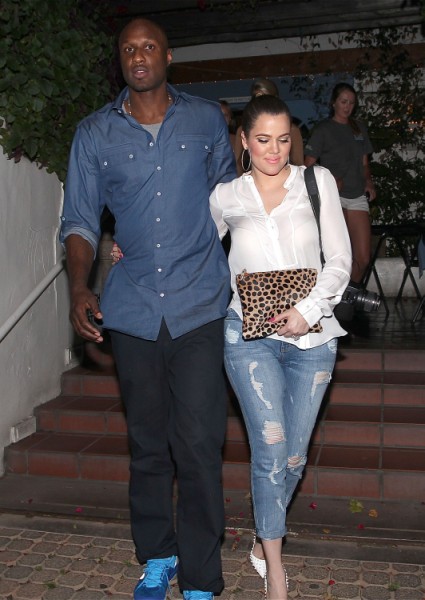 The internet’s abuzz with fresh Lamar Odom cheating rumors. Apparently these latest might have some sticking power. According to the latest Star magazine, a couple days ago Khloe Kardashian caught Lamar in a lie and realized he’s been cheating this last year while on the road like just about every other basketball player in the league. Really ladies, have Tiger Woods, David Beckham Kobe Bryant and Tony Parker taught us nothing? NEVER MARRY A PROFESSIONAL ATHLETE.

The other woman is Jennifer Richardson. Lamar Odom’s been hitting this piece in D.C. I  guess. Since there are probably no pics and this is the hundredth cheating story to come out of this couple I’m hesitant to pay it any more attention that I have to. Does Lamar cheat on the road? Probably. Would Khloe freak out enough to throw him out of the house over it? I’m not so sure. This couple always seemed like a business arrangement to me anyway. Khloe’s not stupid. She knows you have to have a storyline if you’re going to be a lucrative part of the Kardashians and the “not so pretty one whose husband cheated on her because she’s not so pretty” probably isn’t the way she wants to go. She’s much happier as the “stable Kardashian with the low-key husband that loves her”. That ain’t changing anytime soon.

What I prefer to believe is that Kris Jenner pissed off a lot of magazines this weekend by delaying the North West pics yet again so she had to give them something. Marital problems are always a good sell. They’re best when coming from Kim Kardashian but the day is early. I’m sure some tabloid will feature a Kanye West Cheating headline somewhere!