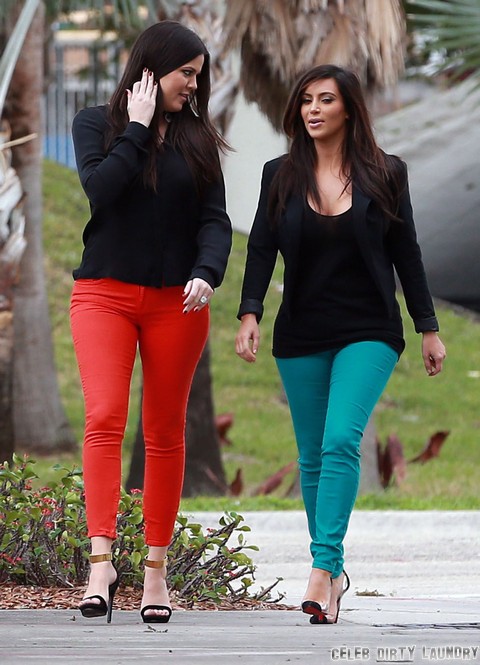 The only thing that surprises me about this little nugget is that it has gone on this long. I’m talking about Lamar Odom being allowed to keep his bachelor pad in spite of being married to Khloe Kardashian for nearly four years! The LA Clippers star has kept his pricey digs inside The Roosevelt Lofts in L.A. and it is a clear cut party pad. It’s where Lamar heads to after partying hard at Greystone Manor but at this point in their reportedly very shaky marriage, Khloe has put her foot down.

According to Life & Style Magazine Khloe has had enough and wants to try to curtail Lamar’s partying, or at least not give him an alternative place to go after he hits the clubs. Cheating rumors have been swirling like crazy and Lamar has been spotted with several blondes that have looked a little too cozy with him. It has seemed like the couple isn’t even close to being on the same page. As Khloe has publicly discussed her marriage, insisting that things are good, Lamar is out partying hard and dropping money on strippers in private rooms. It hardly seems like things are going well for the once super tight love birds.

Can you blame Khloe for insisting that Lamar give up his party place? It’s one less spott for he and his friends to bring random chicks to!  Do you think their marriage is as rocky as it looks? Is this a bumpy patch that will eventually smooth out or are we watching Khloe and Lamar slowly fall off a permanent relationship cliff?  Will their marriage survive or is this going to be the year that they officially admit defeat? Tell us your thoughts in the comments below!