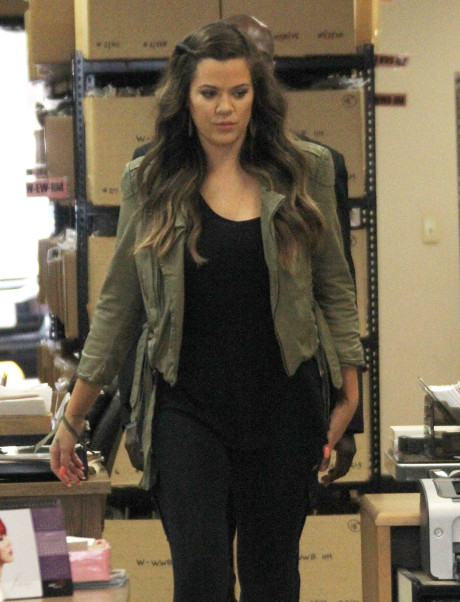 Khloe Kardashian has been having to put up a with a lot lately, particularly involving Lamar Odom and his drug/addiction problems. So what does one do when life becomes too much to handle? Pranks of course! Especially ones that have the potential t0 start a little bit of juicy controversy. Well, that’s exactly what Khloe did yesterday when she hacked into Kylie’s Twitter account. Things got raunchy.

Us Magazine reports: On Sunday, Sept. 8, Kardashian took a breather from the drama with 17-year-old sister Kendall Jenner to pull off an X-rated prank on youngest sibling Kylie Jenner, 16.The mischievous sisters hijacked Kylie’s Twitter account with a series of shockingly raunchy posts for all 4.6 million of Kylie’s followers to see. “My d— hurts . . . Someone lick my b—- NOW!!! . . . My t— are so massive they get in the way on twitter. Who can relate?”

It seems pretty juvenile for a 29-year-old woman to pull off these kinds of pranks, but that’s not stopping Khloe from squeezing a few major laughs out of the whole ordeal. Don’t you think all of this is a bit inappropriate? I’m pretty sure their dad, Bruce Jenner, would agree with me on this.

Khloe can’t turn to her usual sisters for merriment. Both Kourtney and Kim are caught up in motherhood, leaving Khloe to amuse herself with the barely legal crowd. Their joke was found out when Kendall released a video of Khloe and herself laughing about their prank. Way to go, Girls!