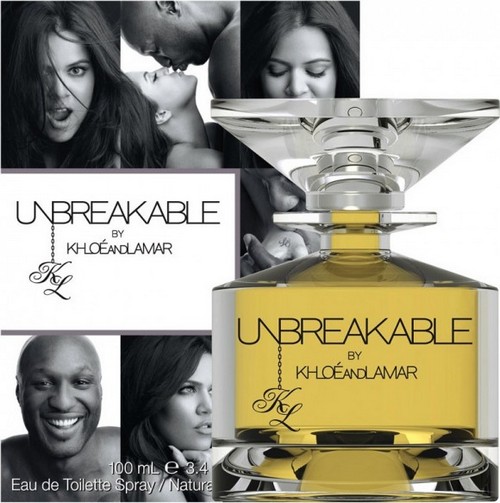 I’m starting to almost believe that we are seeing the beginning of the end to the Kardashian empire. The dysfunctional family is spinning out of control in several different ways and I’m not sure that any PR team would be able to get things under control for real. This week even the most diehard fans have been given no choice but to understand that the Kardashian reality show is more a scripted, sugar coated hour rather than anything even close to reality.

Khloe Kardashian’s marriage to Lamar Odom has been analyzed by nearly everyone in recent months and it’s impossible to imagine the reality star and her crackhead former NBA baller ever patching things up. Their brand is also finally taking a clear hit because of the turmoil. According to the Oct. 21st print edition of Star magazine, the couple’s unisex fragrance, Unbreakable is not only tanking in sales, but some stores are actually pulling it from the shelves.

No one believes in this couple’s love or longevity and the name Unbreakable is just adding insult to injury. The Kardashian brand is dropping like a rock across the board and it seems that it is really going to start reflecting in the checks that Kris is cashing. Her kids were once her ticket to wealth but it seems the end is clearly in sight.

Do you think that Khloe is relieved to have her fragrance off the shelves? It’s obviously bad for business but no longer promoting a lie could be the best thing for Khloe’s personal well-being, don’t you think? Tell us in the comments below!