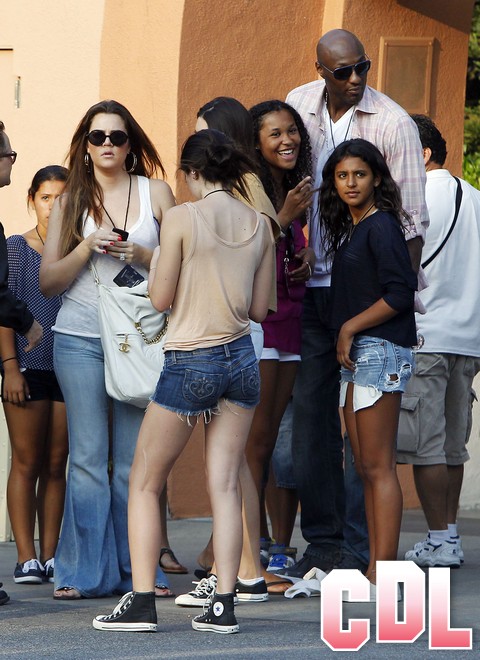 I think we all have kind of assumed that Khloe Kardashian is pretty maternal. If you watch her with her nephew Mason, it looks like mothering comes pretty naturally to the reality television star. It has made the fact that she’s struggling to conceive even sadder because by nature, we want to see nurturing women become mothers. I guess not everyone sees Khloe the way that television has portrayed her though. According to Lamar Odom’s ex-girlfriend, Liza Morales, she’s not so sure about Khloe’s maternal side. She recently told the New York Daily News,

Liza also went on to reveal that while the media went crazy with the story about Khloe being devastated by her sister, Kim Kardashian’s pregnancy, it’s simply not true. According to Liza, both Khloe and Lamar had decided to back burner having babies in favor of focusing on their thriving careers – at least for awhile. Khloe supposedly realized she’s still really young and didn’t need to pressure herself so much because she still has many years to conceive naturally.

It’s funny that the one person that steps up and backs Khloe’s assertions that she’s fine is her husband’s ex!  Do you think they really had backed away from the baby making plan? If the marriage is in trouble as Lamar’s recent behavior seems to indicate then they would be wise not to bring a baby into the present situation. So if they were waiting I kind of think that backs up the notion that things are a bit shaky in the Odom household, don’t you think? Tell us in the comments below!