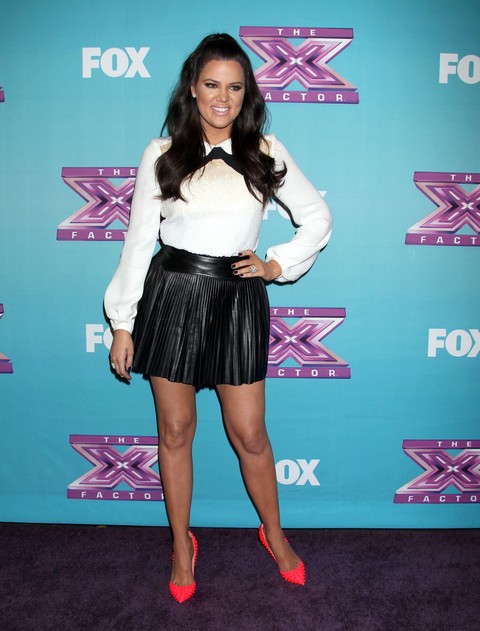 The Kardashians show sibling rivalry on a whole new level! Khloe Kardashian got married in 2009 and has been off birth control ever since, but hasn’t managed to get pregnant. Meanwhile, her sisters are getting knocked up all over the place, and on accident! It’s no wonder Khloe is feeling left out of the baby fun, and it’s starting to tear her apart from her family. A family source reported on Kim Kardashian’s pregnancy and the new strain it’s put on Khloe.

“It’s really hard for Khloe to see both of her sisters already having kids and neither of them are even married yet. She was supposed to have a true romance that neither of her sisters had and to settle down and start a family. Now both Kourtney [Kardashian] and Kim are living the life she wants,” the insider reported to Life & Style, print edition January 21, 2013. It isn’t just Khloe’s grief that’s getting in between her and her sisters. It’s the jealousy! Khloe has been on the baby road for over three years, and has nothing to show for it. Her frustration and depression has gotten so bad that “Kim was scared to even tell Khloe that she was expecting,” fearing her little sister’s reaction.

Of course, now is not the best time for her and Lamar Odom to get pregnant, since he seems to be spending more and more time partying with other women. Both maintain that their marriage is strong, but photos don’t lie! All the Kardashians are tied up in the fairy tale marriage though, and “Kim is really hoping that with Khloe talking about doing fertility treatments again, she and Khloe will be pregnant at the same time.” Can you imagine the stress of two Kardashians with child? That would be awful for Khloe, because all the paparazzi would be too focused on Kim to pay her any notice!