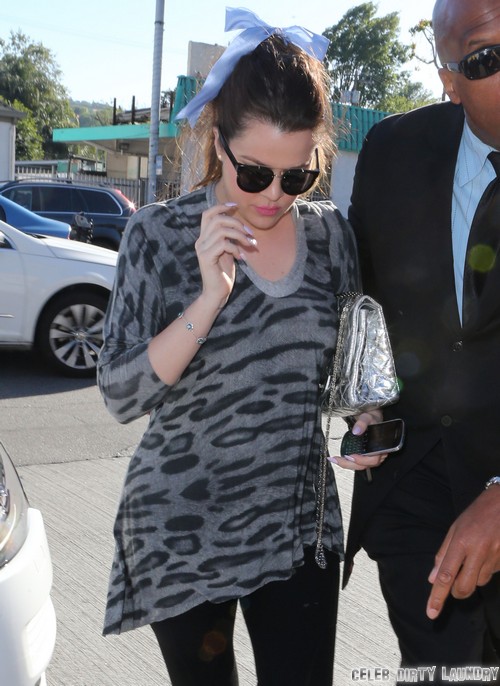 Khloe Kardashian recently made headlines when she lopped off twenty-five pounds from her Wookie body recently. As you may already know, Khloe has always been the heavier of the famewhoring sisters. She was always seemingly left out of the “bikini body” articles in magazines — unless there was a hefty amount of Photoshop involved. Now, it would appear that Khloe’s recent shedding of weight was merely to spite her pregnant sister Kim. Can you really blame her?

She said that it hasn’t been that easy to lose the weight and has had to avoid eating unhealthy snacks while watching her husband Lamar Odom play. She said to Ryan Seacrest, “I do sneak snacks but it’s not like I’m sneaking anything bad. It’s a good thing; I’m sneaking apples and edamame.”

She went on to say, “I’m trying. It is part of the process. I definitely don’t deprive myself but I try to eat, if I want something, I’ll try to eat it earlier in the day.”

She continued, “You leave there at 11pm and sometimes Lamar and I will go to dinner after – you really have to pay attention. I try to eat better later in the day. If I want something sweet or I want a cookie, I will have one instead of eating a whole box of cookies. It is definitely hard work, it doesn’t happen over night but as long as you’re consistent, that is the key.”

We’re guessing that it doesn’t help matters that knocked up Kim is walking around munching on chips in front of Khloe… To that, Khloe joked, “It was so mean, it was definitely cruel.”