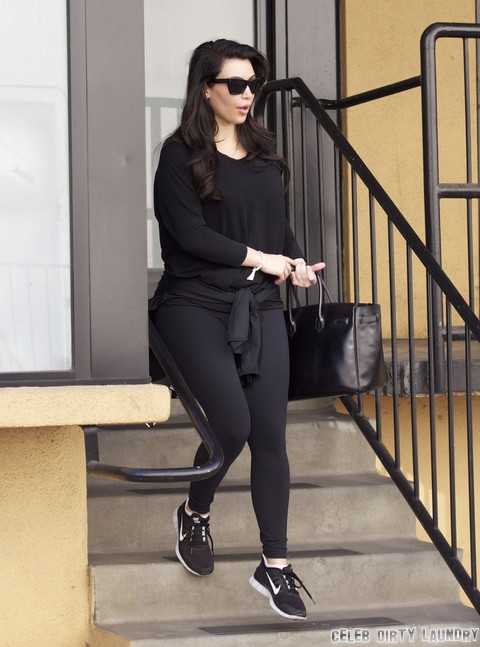 This doesn’t come as a surprise, since it’s about the woman who had no moral hesitations when launching her daughter’s sex tape on society! We’ve told you that Kris Jenner is tickled pink to have a talk show, which will air just after Kim Kardashian gives birth this summer. Convenient, isn’t it? The world will be clamoring for baby news, and Kris’s show will be the perfect way to address the curiosity!

When it comes to her impending divorce from Bruce Jenner, Kris is equally enthused. A source reported to Star Magazine, print edition February 14, 2013, that Kris is “holding all the cards” in the divorce, and is “threatening to expose Bruce as a cross-dresser if he tries to leave her!” If you believe the divorce rumors, than stay with me! Kris isn’t one to tweet big news. Kanye West ruined the pregnancy announcement—you can bet that she was negotiating a 6-figure deal with E! for a baby announcement special before he blabbed!

So how would Kris reveal all of Bruce’s secrets? We think she’d save all the dirty gossip for her talk show! How else can she make money off of it? She has E! in her pocket, and is making a pretty penny off of them. But this summer’s test run of her talk show could mean another big contract, and even bigger money! It’s new territory for the family, and Kris will do anything to ensure it’s success!

My prediction: Don’t expect any real divorce news until the summer. We’re sure that the insiders who report to tabloids are speaking with a grain of truth—why else would Bruce always look pained on Keeping Up With The Kardashians?—but know that nothing will be announced without fireworks and a prime time slot. So be patient! Kris will tell all, but only when the time is right for her wallet!

Pregnant reality star Kim Kardashian, dressed in black from head to toe, leaves the gym after a workout on January 29, 2013 in Studio City, California.