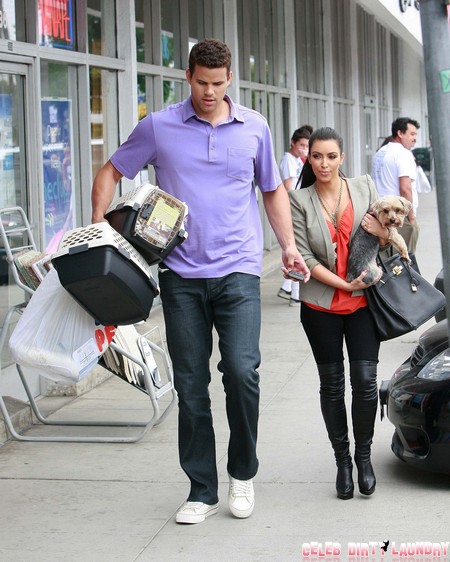 Who actually knew Kimmy could stick up for herself? Ha! Kim Kardashian is sick and tired of seeing people make fun of her marriage to NBA star Kris Humphries, who she was married to for 72-days before filing for divorce papers, claiming the 27-year old was no longer the person she fell in love with? Who knew that people can change drastically in just over two months! Kim surprises us with the nonsense she comes up with every single day.

Earlier this week, as the bootylicious reality queen and sister Kourtney Kardashian began their promotional tour for their upcoming spinoff show Kourtney and Kim Take Miami, they stopped by SiriusXM’s Sway In The Morning where the interview they had planned was anything but boring. Usually the one to keep her embarrassing moments away from reality television and public appearances, the 32-year old expressed herself on how she feels when she sees trending topics such as ‘ThingsThatLastLongerThanKimKMarriage’ on Twitter, assuring people that she’s still legally married to Kris.

“I just don’t like all the jokes,” she insisted. “Things ‘longer than Kim’s marriage’. Technically I’m still married, so that joke doesn’t really work… Give it up, people. [The marriage] is going on its second year, and that’s really tough because I want to move on. I really want to move on with my life.”

Kardashian also opened up on why she’s still married to the guy she has been separated from for over 14 months, dishing on Humphries’ plans to try and ruin her career by claiming the Armenian-model used him as a platform to cash in millions of dollars from endorsement deals and highly-expensive magazine offers for exclusive wedding pictures. “[Kris is] suing me for an annulment… He’s claiming that I [committed fraud]… Who would ever do that? It’s just not who I am.”

She continued: “All those fake and fraud rumors got started because of that, and we have to deal with that and handle that. I knew the whole world was going to bash me. I knew that. I said to myself, ‘What’s more important? My life and my happiness, or what the whole world thinks of me?’ [Staying married] would be vain. That would be fake. That would be doing it for publicity.”

Kim hopes she can finalize the divorce from Kris Humphries as soon as possible so she can focus on more important things in life, such as welcoming her baby to the world, and start planning her third wedding when she marries Kanye West. She definitely put herself in a position that’s hard to get out of, but she still banked $16 million so what in the world is she complaining about?

Check out Kim dishing on her relationhip with Beyonce, carrying Kanye’s baby and her nasty divorce battle, below: