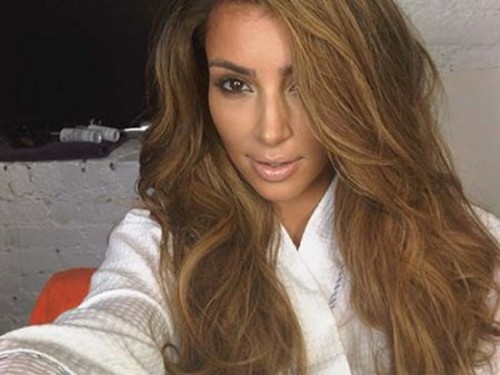 Kim Kardashian can claim all she wants that the paparazzi are intruding on her space but then why would she create a video alerting them to her position. To understand the full story let me start from the beginning. Kim posted video of herself up on her Keek account. In the video she’s outright states she’s in her car and her camera is then taking video of the paparazzi in front of what appears to be a supermarket or one of the bulk shopping places. She claims it’s funny that the paps can’t find her when she’s so close that she practically in front of them. It all sounds pretty harmless till realize that she ended up being the one too pinpoint her position. Why would she do that?

Kim for all her persona is not that dumb. She plays on it occasionally to get what she wants. It’s the same when she proclaimed her marriage to Kris Humphries was going to be a fairytale. She knew he was a jerk but married him for ratings. This time she knows the paps can find her from her video but she needs the exposure. The last time they caught her she was coming out of a “spa” with obvious facial work done. She needs the cameras to catch her looking nice after all of that.

Even the videos were exposure. No one noticed that for a light shopping trip she’s all decked out in the videos. I’ve heard of always looking your best but we saw the sweatsuits back she could barely fit in them so we know she owns a pair. We also know that Kanye West hates the “ghetto” look as he called it. He must have called her from wherever he is and told her to shape up. He can’t have his baby mama running around with goop on her face. Not unless its couture goop.