Kim Kardashian & Kanye West’s Impending Wedding Already Riddled with Drama: Who Will Walk Kim Down the Aisle? Not Bruce! 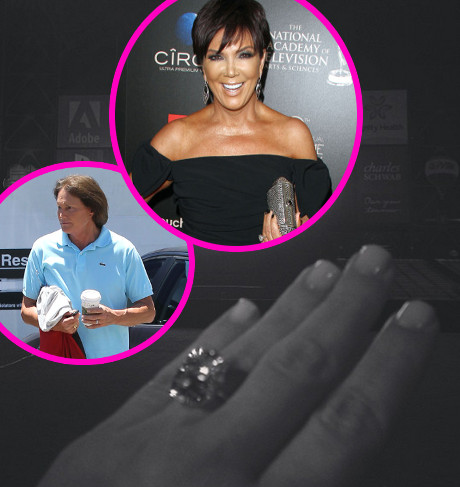 We just heard about the Kim Kardashian and Kanye West engagement . . . . But is there already Krazy Kardashian wedding drama drifting through the air? Some people are already getting quite anxious for the impending ceremony, which hasn’t even been planned yet, because WHO’S GOING TO WALK KIM DOWN THE AISLE? If Kris Jenner — mom extraordinaire and master of the known universe — gets her way it definitely won’t be her estranged husband, Bruce Jenner. She’d much rather Kim’s brother, Rob Kardashian, walk Kim down the aisle. Um, is that weird? Perhaps. But who am I, but just a simple ginger, to question the supreme Kardashian forces?

A source for the Daily Mail claims that the feud has already broken out amongst the Kardashian Krazies. “Kris thinks it should be Rob now [that she and Bruce] are separated and thinks it might be bad form to ask Bruce after the Kris Humphries wedding.”

Here’s the thing: Ultimately, it should be Kim’s decision. If she wants her father-figure to walk her down the aisle, well, then she should be allowed that privilege — without Kris & Bruce’s drama having to be pulled into the mix of things. If she wants Ray J to walk her down the aisle then, by all means, she should go for it #BestChoiceEverKkThxBye.

Honestly, we’re surprised that Kris Jenner isn’t a bit more on board with the idea of Bruce walking Kim down the aisle. That situation would definitely add tension to the room, which would make prime real estate for Kardashian Empire Expansion (remember, it’s all about the ratings!)

We haven’t heard any word yet on whether or not the wedding will be aired on television, but we have a feeling it will. Because of course it will. How could the universe ever deny us such a pleasurable — and perhaps uncomfortable — experience? Do you think Taylor Swift would interrupt Kanye’s vows for us if I sent her a fifty dollar gift card to Starbucks (or perhaps Jamba Juice)?