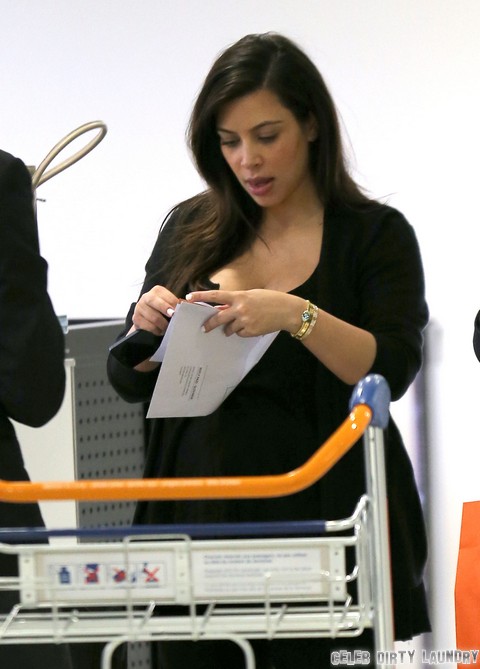 Fans have been waiting since June 15th for Kim Kardashian to say or do something publicly. I think we all expected her to have her daughter and then to hold a grand introduction on the hospital stairs a’ la the royal family. Instead it has been crickets, at least until last night. Apparently a paparazzo broke into the Kardashian’s gated community in what was likely a grand attempt at scoring a picture of baby North West.

Kim posted a video to her Keek account which shows Kris Jenner and family running outside and chasing after the unidentified pap as Kim stayed indoors out of sight. This moment caught on camera gave fans just a small example of what life is like when you are a Kardashian. Ironically Kim wants us to feel bad for her and the way that the press is taking desperate measures to get a photo of her and her daughter, but isn’t this what she signed on for?

I know that the press can be vicious but when Kim decided to use her assets to make money and when she chose to spend every day in the spotlight for the last 5 years, isn’t there going to be a downside to that? You can’t pick and choose when the press will be there and Kim has spent years wanting every moment caught on film so isn’t it going to be harder for her to live a more private life for awhile.

I get wanting privacy for your new baby but even the Kardashian’s can’t completely manipulate the press all the time. Do you think that it was wrong for the pap to cross the line and creep onto Kim’s property? I have to think that if it happened this time last year Kim would have thrown on a bikini and gone out by the pool to make sure they got good photos, don’t you think? Tell us your thoughts in the comments below!