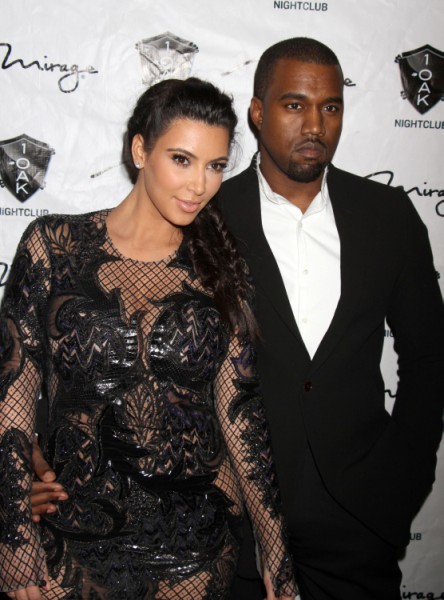 Let’s start the New Year off right, shall we? It’s just been revealed that America’s first daughter of pop culture will deliver Kanye West’s baby while she is still married to 72-day mistake Kris Humphries.

Their lawyers are getting together in February to hash out their divorce trial date and many believe it won’t be until June since Kris doesn’t want it to interfere with his basketball schedule. Many expect Kim to deliver sometime in June since they suspect she is about three months pregnant now.

All this nonsense would have been finished eons ago if Kim Kardashian would have just admitted that her pathetic marriage to Kris was fraudulent, but according to Radar Online, that’s still not about the happen any time soon because she’s afraid admitting will hurt her brand.

Really? At this point? More than having a baby with one man while still being married to another? I’m beginning to think the Kardashians really are backlash free. Nothing ever sticks to them! Kim’s had sex tapes, failed marriages and countless fashion disasters and yet people still clamor to buy her cheap shit and watch her show (well not people in the UK but still, too many). She’s like the Katie Holmes of the reality world – untouchable (figuratively, definitely not literally). Side note: her sex tape’s been making a killing ever since the baby news dropped. People are so stupid.

So what’s the lesser of the two evils? Should Kim suck it up and admit her marriage was a fake or stay married while she delivers? I’m really not old fashioned. I could care less if women have babies in or out of wedlock especially if they have strong relationships with the baby daddy, but I just don’t understand why this lawsuit is so important. It’s not like Kim’s never been caught in a lie before. Is this cat and mouse game a little too ridiculous with Kris? Does it matter to you that she’ll be still married? Kim Kardashian seems like she’d really want to be married to her baby’s daddy, don’t you think?