Kim Kardashian Ready To Strip Down For Playboy Again Despite Past Feud With The Magazine? 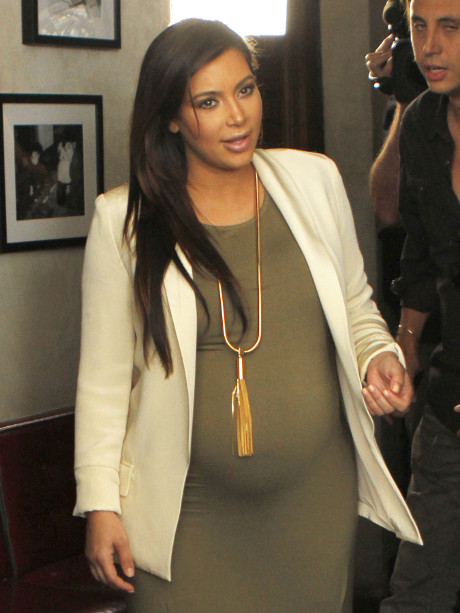 In a promo for upcoming Keeping up with the Kardashian episodes, Kim Kardashian reveals that she might want to do another Playboy photoshoot. The promos feature a still-pregnant, yet-to-give-birth Kim, which means that she made the statement while baby North West was still kicking around inside her. Well, North West has since been born and Kim’s living a post-pregnant life . . . . so will she stick by the statement she’ll make on the upcoming episode? Or has she changed her mind already?

The statement is actually quite surprising, especially after the little situation she experienced with the magazine a while back after they republished her pics online (and added new ones) once she found her super famedom. The photos were captured before Keeping Up with the Kardashians hit the air and, allegedly, despite Kim’s reservations to actually go through with the plan, Momager Kris Jenner encouraged her to partake in the racy shoot:

She was reported with saying that she was “sorry she did Playboy” and quotes her mom with having said, “They might never ask you again.  Our show isn’t on the air yet.  No one knows who you are.  Do it and you’ll have these beautiful pictures to look at when you’re my age.”

What do you think about Kim Kardashian jumping into another nudie photoshoot? Honestly, we’d be surprised if she did one, but if Kris has any say in it you know she’ll be totally all for it. Because world domination. That’s important.