Kim Kardashian Throwing her Life Away to be with Kanye West? 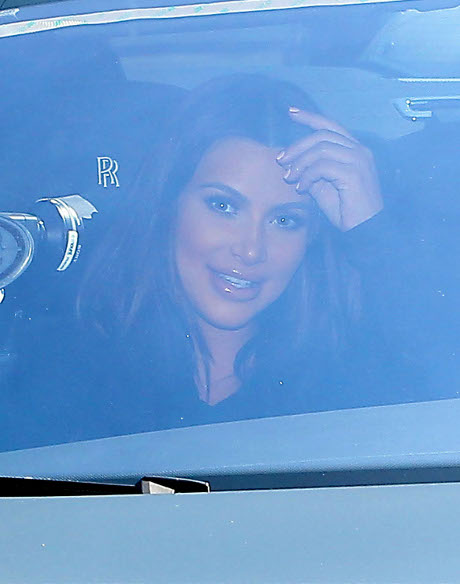 I kind of get the feeling that there’s always a battle of some sort being waged in the Kardashian family and in the last few weeks it has completely revolved around Kim Kardashian. Apparently the heavily pregnant, formerly sexy reality star has decided to move to Paris after delivering her baby in July. She is tired of chasing after glorified baby daddy Kanye West and has come to terms with the fact that he’s not really going to come to her, so if she wants to even attempt to be a family then she needs to cave in.

According to the June 10th print edition of Life & Style magazine, Kim is ready to give up her life in L.A. In order to be with Kanye in Paris — where she doesn’t even speak the language (anyone else seeing a Sex and the City episode play through their mind?). Her momager, Kris Jenner, is absolutely gutted by Kim’s plan. She is choosing to leave behind the entire Kardashian family which would be thrilled to help her through those difficult early days of motherhood in order to be with a man.

Not only that but after a three month trial run in France then Kim is planning to take the baby on tour with Kanye! That has to be the stupidest idea I’ve heard in a long time. Aside from the personal upset, Kris is furious because Kim’s career is based in L.A. And she’s not as likely to work overseas so she’s also packing in her own ability to work in order to cling to a man who has abandoned her during her pregnancy!

It’s obvious that this plan will ultimately explode in Kim’s face don’t you think? Will she survive the months overseas without her family? Also, even if Kimmie whips her ass back into shape, she doesn’t just want to be sexy for her man — she wants to cash in on that just as she always has! Tell us your thoughts on this plan that Kim has made for the next 6 months of her life in the comments below!