Kirstie Alley Enlists John Travolta to Guest Star on her New Show: Desperate Attempt to Resurrect Both of their Careers? 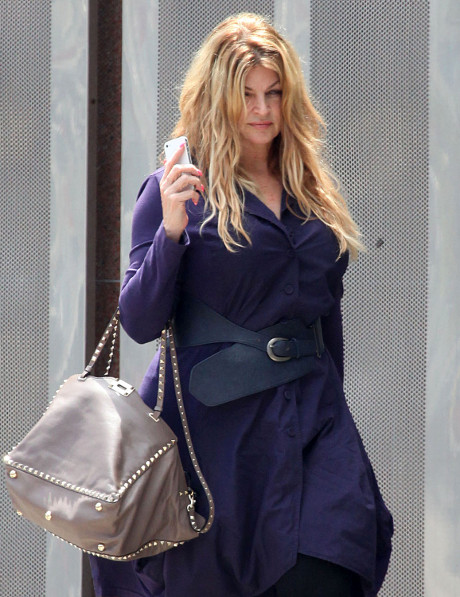 There’s no better way to launch a new show than to bring in a few heavy hitters to help boost ratings. It sounds like Kirstie Alley totally got behind this idea when it came time to begin casting Kirstie’s New Show. Yep, that’s the tentative title and John Travolta is one of the first guest stars to be confirmed for the venture. Both actors confirmed the news via Twitter and shooting is scheduled to start within the next few weeks, with the show debuting on TVLand in December.

Kirstie is, of course, one of the Executive Producers for the show so it makes sense that she would dip into the pool of actor friends right from the start. She and John go way back and are also deeply connected through Scientology. Kirstie has also referred to John as the love of her life.

I can’t help but wonder how his wife, Kelly Preston, feels about John working with Kirstie. Does the situation make her uncomfortable or after all of the scandals surrounding John’s bad behavior, perhaps she simply doesn’t care any more. Maybe it’s easier to think of her husband at least linked to another actress rather than a string of younger men that inevitably throw him under the bus!

John’s career was booming for a long time but it seems that his personal issues have cast a shadow over his credibility. The same, in many ways, goes for Kirstie. Kirstie is always a bit of a crack pot so do you think that reuniting these two onscreen will revive their careers? Or is this another failed Kirstie show in the making? Will you tune in to check it out for yourself? Tell us your thoughts in the comments below!