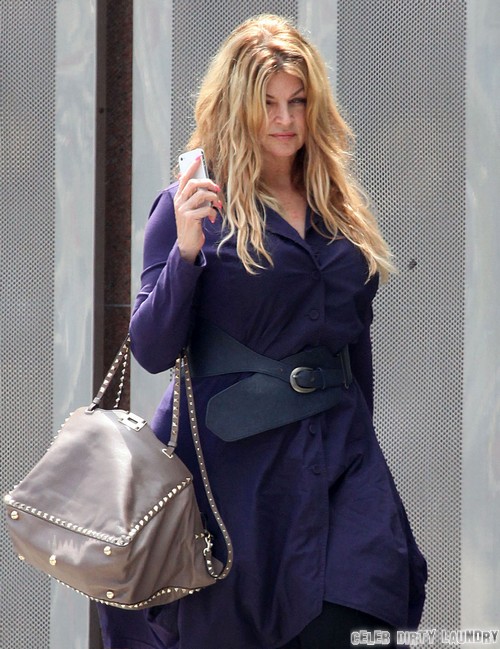 Kirstie Alley has never been the most stable Scientology member, and so it shouldn’t come as much of a surprise that she’s lashing out so heavily against Leah Remini for leaving the cult ‘religion’.

Kirstie wrote on her Twitter last week – probably when she found out that Leah was leaving Scientology – “When faced w malicious gossip I take a moment to experience the loss of a person I thought was my friend . . Then I say f–k em . . . : ) #Rise.” I don’t even want to know what the ‘Rise’ at the end is supposed to mean.

When the report first leaked that Leah was leaving Scientology, the reasons cited were ‘validity of the excommunication of people’ and the leadership of David Miscavige, who has been widely criticized by some for the way he runs the church of Scientology.

Tony Ortega, who has long run a blog exposing Scientology, wrote that in the wake of Remini’s departure, all the high ranking celebrities were ‘scrambling’ to deal with it. In particular, he singled out Kristie Alley as being ‘livid’ at Remini’s departure and the PR nightmare it’s caused.

He also writes that Remini’s close friends and associates in Scientology have been ordered to ‘disconnect’ from her immediately, which means they have to cut any and all contact with her. For her part, Remini’s apparently shocked and confused that all of her friends would just abandon her like this, but hey, that’s Scientology for you.

None of this particularly shocks me. After the Katie Holmes and Tom Cruise debacle, I feel like we’ve all gotten an inside view of how Scientology works and it’s not as surprising anymore. And good for Leah Remini for getting out while she could – there are other members that are not so lucky. Kirstie Alley, on the other hand, will continue to spew crazy like she always does, and people will continue to ignore her as normal. Carry on, Kirstie, carry on.