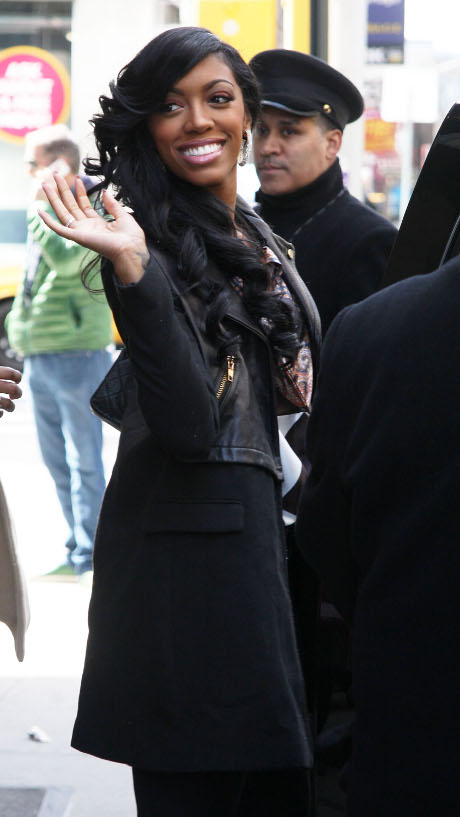 Well, for a brief moment we were under the impression that the divorce between Kordell Stewart and Porsha Stewart might really be a desperate bid for publicity, but things just got a whole lot uglier. Porsha first found out about her impending divorce via Twitter and once the reality sunk in she opted to dig her feet in and not move from the home that they’ve shared. According to Porsha, she never signed a prenup and looked to be out for revenge after being so publicly embarrassed.

A few weeks back Porsha gave an interview and explained that they still live together and that she comes and goes as she pleases. I guess Kordell got fed up with her treating the house like a hotel because he recently decided to change all of the locks! Of course the Real Housewives of Atlanta star started shooting off her mouth to the media about the audacity that Kordell has to lock her out of her own home without any warning.

It was only a matter of hours before Kordell not only commented, but shared the heads up text message that he sent to Porsha warning about the locks.

“Hey reaching out not knowing who may or may not have keys to the house at this point, I was concerned for our safety so I changed the locks on the house. If and when you need to get in give me a heads up so you can get in”

I guess Porsha didn’t bother to read his text! How crazy is it that these two continue to live together anyway. I’m pretty sure that this is Kordell’s first step towards locking Porsha out for good and he has made it clear that he has no intention of supporting her lifestyle. She had petitioned for spousal support but Kordell is refusing saying that Porsha is perfectly capable of working to support herself.

Do you blame Kordell for changing the locks? Isn’t it time that Porsha find a place of her own anyway? Neither of them can get a fresh start until they live apart. Will this messy divorce get even uglier? Tell us your thoughts in the comments below!