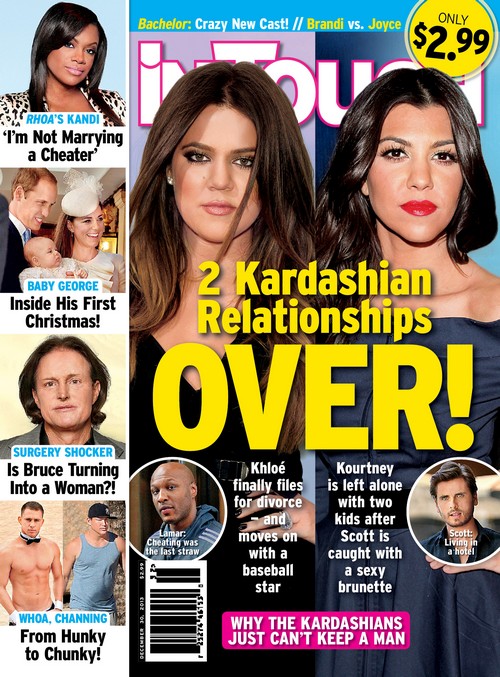 It really is a season of change for the Kardashian family, isn’t it? It looks like Kourtney Kardashian and Scott Disick’s relationship is the next one to hit the chopping block. Let’s face it, Scott has never really been boyfriend, let alone husband material, but for some reason Kourtney kept him on the hook anyway. It looks like he himself has opted to make some serious changes, ones that now have him living at the Montage Beverly Hills Hotel!

According to the Dec. 30th print edition of In Touch magazine Scott decided to become bi-coastal beginning in January, with a move to NYC in the works. That nugget sent Kourtney spinning because she and their two children are firmly planed in Calabasas. Things are so bad between the two of them that not only are they living apart but Scott was spotted with a younger, hot brunette at the Montage and he didn’t even try to hide the fact that they were more than just friends. His super handy approach raised eyebrows at the hotel and no doubt the news of his other chick traveled fast!

Khloe Kardashian also made major headlines this week after filing to divorce Lamar Odom once and for all. The latest issue of In Touch has all the details on Khloe’s heartbreak as well as those rumors that Bruce Jenner plans on undergoing surgery to become a woman! As usual, all things Kardashian are dominating this issue.

Fans of The Real Housewive’s of Atlanta have watched Kandi Buress battle her own mother over her fiance. Mama insists that the guy is no good and her accusations seem to be rooted in absolutely nothing. Kandi sets the record straight in In Touch and explains how she is absolutely not marrying a cheater. Are you a fan of Kandi’s relationship? Tell us your thoughts in the comments below!