Kris Jenner and Bruce Jenner Tormented by their Loveless Marriage — Being Ripped Apart by Fame! 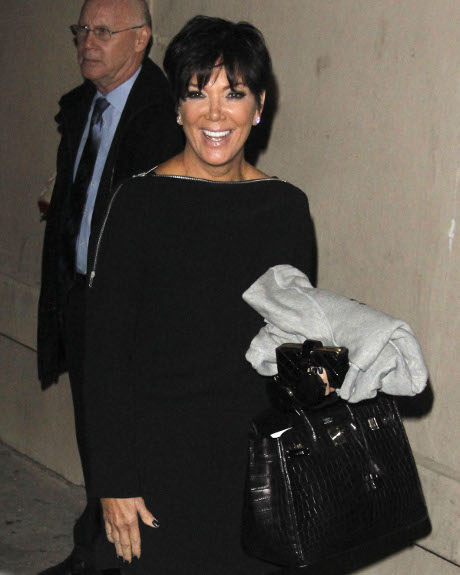 Ever wonder how long Kris Jenner and Bruce Jenner can put on this “happy marriage” act for the cameras? So do we. According to numerous sources, their marriage is far from a pleasant one and, despite their togetherness, they are about as far apart emotionally as a couple can get. Right now, in this stage of the game, they are remaining together simply for the benefit of their two youngest kids, Kylie and Kendall. Reportedly, Bruce could care less about amassing more fortune and claims that Kris’s incessant appetite for fame is destroying their love.

A source for Radar Online confirms what many people have known for a long while: Kris and Bruce’s marriage is on the rockiest of rocks, and soon it might crash and burn for good. Those close to them fear impending divorce; however, if Kris gets her away, they will stay together for the sake of her children — even if that means living a miserable life.

“Kris and Bruce don’t even sleep in the same room anymore,” the family source tells the online tabloid. “In my opinion, absolutely everything they do now is for show and basically it is easier, and more lucrative, for them to stay together than break up. They still have two teenager daughters living at home, and they’re not going to do anything to possibly disrupt the girls’ lives. Kris remembers how her divorce from Robert Kardashian impacted her older kids, and she doesn’t want to do that to Kylie and Kendall.”

There’s no hiding the fact that the couple, while together, have amassed a whopping fortune. Momager Kris Jenner would hate to see her franchise be put in jeopardy over something like a divorce. So, for now, neither are commenting on these rocky marriage claims, in an attempt to limit any bad publicity that would inevitably feed off the situation.

What do you think about the Kris Jenner/Bruce Jenner marriage? Will there be a Kris Jenner/Bruce Jenner divorce on the horizon? Who knows. For now I think it’s safe to say that Kris is going to do everything in her power to guard her franchise and business — as a divorce on the homefront would definitely distract from the Kim Kardashian baby drama. But who knows what Bruce will do. Who knows . . . .