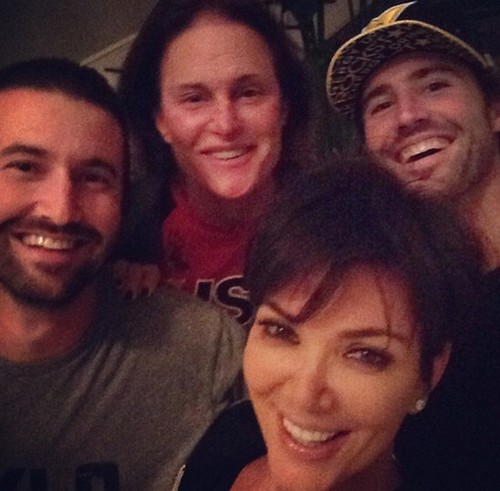 Kris Jenner and Bruce Jenner were married for twenty two years, but it was confirmed yesterday that they had actually been separated for many months. While they are vehemently against getting divorced [right now], sources have told Radar Online that Kris is thinking of officially changing her name back to Kris Kardashian.

It’s been a long time since Kris has been known as a ‘Kardashian’, but if she wants to drop the Jenner, shouldn’t she go back to her maiden name? I mean, the whole point is that she won’t be married anymore, right? If she reverts back to her older married name, it’s still related to her first marriage, and that kind of defeats the whole purpose.

Obviously, Kardashian is more recognizable than Jenner and I’m sure that’s at the forefront of her mind, more than anything else. A source explains, “Kris has seriously been thinking about changing her last name back to Kardashian. Kris always considered [her ex-husband] Robert Kardashian to be the love of her life, and their family empire is built on the Kardashian name. It would be so much simpler if Kris just changed her name back.”

So her reason is that Robert Kardashian was the ‘love of her life’? Nicely played. Now people can’t accuse her of being a famewhore and seeking more attention out of sympathy for her late ex-husband. This woman is seriously a master manipulator, and the way she plays the media is second to none.

What do you guys think about Kris changing her name back to Kardashian from Jenner? Do you think she’s doing it for attention, or… wait, that’s the only reason.