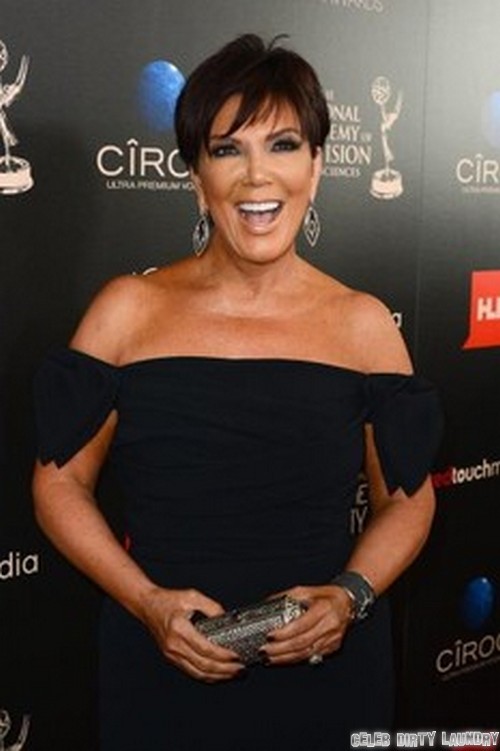 Since Kim Kardashian gave birth last weekend the majority of the attention has been on her and her baby daddy, Kanye West. Everyone wonders if he’s treating her well and ready to stand up and be a father. I don’t know many brand new fathers that are ready to leave the country and their new family in the dust but that’s a whole other story.  What I’ve also learned is that even Kris Jenner ditched out on Kim while she pleaded with her to stay.

According to the July 1st print edition of In Touch Kris left Kim at the hospital to go and make a grand appearance at the Daytime Emmy Awards just hours after her grand daughter was born. This was a golden opportunity for Kris to promote her new talk show which premieres on July 15th and she wasn’t about to miss out on it.  Fellow celebs were shocked to see Kris make an appearance so soon after the birth of her grandchild.

I’m confused about why anyone would be shocked to see Kris put work before family. It’s irrelevant whether or not Kim needed her, Kris’ first priority right now is promoting her upcoming project, just like Kanye’s first priority is promoting his!  I almost feel bad for Kim. Can you imagine being in a position where you need to rely on these people for support during the roughest time in your life? Yeah, me neither.

How long before Kim has a total breakdown over the strain of new motherhood, still not looking as fake and fabulous as she thinks she needs to and then having the people that she needs nowhere to be found?  It looks like this was one more example of Kris’ lousy mothering tactics don’t you think? Tell us in the comments below!